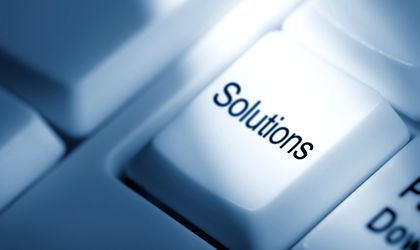 Forbes sings the praises of the local tech start-up scene in an article published on Friday in the online edition. Romania is touted as the next “start-up capital of Europe” based on several factors:  the highest number of technology workers per capita, close to 64,000 specialist IT workers and an enviable tax regime; as low as 0% for IT workers.

“What is emerging is a strong culture of programming, innovation and incubation. A number of highly rated universities in cities such as Bucharest, Timisoara, Cluj, Iasi, and Constanta provide a regular source of talented people and drive tech innovation”, reads the articles.

Forbes gives several examples of Romanian based tech start-ups that have taken the IT world by storm.

123ContactForm, which enables people in any location to build any kind of web form with no programming knowledge, is a case in point. Bootstrapped in 2008, it has experienced 100% year-on-year growth since its formation and added close to 200,000 new customers in 2014 alone.

ThePoleSociety.com which offers a mobile application for finding information and promoting special events, and this year launched in Brazil.

Twotap.com, launched earlier this year, is an automated checkout solution that allows consumers to buy any product from any retailer on any mobile app or website. In August it secured a $2.7 million seed round from some high profile investors, including Khosla Ventures and Green Visor Capital.

Renderstreet.com, the next generation render farm for 3D projects. It was development since January 2012, then in close beta from mid-November 2012 to End of January 2013. The site was launched as open beta in February 2013.

uberVu also gets a namedrop,  a social media marketing platform set up by three Romanians that was taken over by Canadian company HootSuite in a transaction evaluated by TechCrunch at EUR 15-20 million back in January.

“The future is definitely bright for the Romanian start-up scene,” he said. “The number of people involved in start-ups is growing every year, more and more kids are showing an interest, and of course we’re creating more successes. The more of those we have, the better our chances of taking on London, Berlin, and yes, even Silicon Valley.”

Back in March, the Romanian tech start-up directory listed 169 startups, 348 founders, 30 events and five accelerators/incubators. Today it stands at 258 startups, 7 incubators and 40 events, proving once again that the tide of Romanian innovation in tech is riding high.