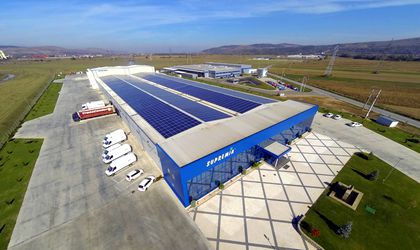 The company started its activity in 2002, with ingredient imports and opened its first factory in 2005 at Santimbru. Five years later, a new factory was opened at Alba Iulia, following a EUR 9 million investment, which was further expanded and improved with a new line of mixing and packing in 2013, which increased the plant’s capacity by 50 percent.

The opening of the new factory has tripled the company’s employee number, reaching 280. It now exports to four continents and brings in raw material from 80 countries.

“At the moment export makes up 16 percent of total turnover, and this year we target to export 23-26 percent. Our growth strategy is very much linked to foreign markets, we want global expansion and want the main part of our growth to come from there. Of course we want to grow on the domestic market also and maintain our leadership position we hold since 2010,” says Supremia CEO, Levente Bara.

To sustain this growth Supremia creates 3-4 new products every month through the department of 15 engineers dedicated to this activity. Bara also has plans to build an innovation center worth EUR 3.65 million on an area of 2,000 square meters, which will be dedicated to research and innovation in food.