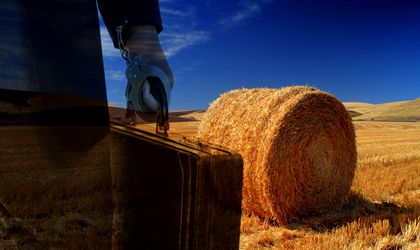 VAT fraud continues to represent the largest share of tax evasion in Romania, which last year was estimated to have swallowed up a whopping 13.8 percent of the country’s GDP. Extending the VAT cut beyond bread products could in theory provide a long awaited solution – but how feasible is this, given the newly announced budget constraints?

While tax evasion is an entrenched and widespread phenomenon throughout the Romanian economy, the food industry is one of the most exposed. A high VAT level compared to the rest of Europe, combined with lack of political will to stamp out the phenomenon, creates a toxic business environment that makes it increasingly hard for good-faith players to survive, let alone thrive, industry representatives complain.

For example, on the sugar market, tax evasion affects about one fifth of sold volumes, said Emilian Dobrescu, president of the Romanian Sugar Association, during BR’s fourth Focus on Agriculture event. The black market for sugar is mostly fuelled by intra-community trade, he added. Addressing the issue of tax evasion becomes even more pressing considering that from 2017 the EU will drop the production quotas which regulate the sugar market at present. This will mean additional competition for the local sugar industry, stressed Dobrescu. Cutting the VAT on sugar and reversed taxation would help reduce the phenomenon, alongside more effective oversight from the authorities, he recommended.

Cutting VAT is the key…

After more than a year of public debate, in September VAT on bread was cut by 15 percentage points to 9 percent.

While the immediate drop in the shelf price of bread was a welcome effect which the authorities were most eager to publicize, the measure was intended first of all to help fight tax evasion – the lower the tax, the less the incentive to avoid paying it. The Ministry of Agriculture and Rural Development previously predicted that the VAT cut on bread products would double the quantities of legally sold flour and bread to 2.8 million tonnes and increase the number of officially employed workers in the industry by 8,500.

With no official figures out yet, Rompan, the Romanian Employers’ League of the Milling, Bakery and Flour-Based Products Industry, announced that following the tax reduction, shelf prices had dropped by 12 percent on average and the quantities for which VAT is paid were up by 15 percent for bread and 10 percent for flour.

Should the VAT cut for bread prove a success, meaning that the short-term fall in budget revenues is offset by a reduction in tax evasion, thereby generating even more money for the state budget, the VAT cut will be rolled out to other industries as well, the government announced. Until this happens, the government plans to balance the books by hiking taxes elsewhere. It has opted to increase excise taxes on alcohol and luxury products such as gold, yachts and cars with engines over 3,000 cubic centimeters, despite complaints that this will generate boomerang effects in other industries.

Meanwhile, meat, oil and sugar producers are just a few of the players waiting their turn for a VAT cut from 2014. For meat products, this could be come in the second half of next year, Stefan Padure, executive director of the Romanian Meat Association (ARC), said during BR’s fourth Focus on Agriculture event.

However, given the EUR 653 million shortfall in revenues following the second budget revision this year, the plan to reduce VAT to 9 percent for additional foodstuffs has come under threat. Indeed, the government’s first reaction was to announce additional tax increases rather than come up with measures to improve collection.

… but a more efficient fiscal regime gets you there

Cutting VAT alone is not enough to stamp out tax evasion, producers, tax pundits and even the authorities agree. Data from the European Commission found that Romania collected only 58 percent of the VAT due in the 2001-2011 period.

Improving tax collection and tightening fiscal controls must go hand in hand with lowering VAT, say players. This would generate the necessary funds to ease the fiscal burden on good-faith players while penalizing the bad-faith ones. “The reduction of VAT on bread could reduce fiscal evasion but only if concrete measures to fight against it are introduced in parallel. On the one hand, the reduction of the VAT rate from 24 percent to 9 percent could discourage tax evaders because 9 percent is not as ‘tempting’ to avoid as 24 percent. On the other hand, tax audit tools should focus more on identifying the methods used by those who evade tax with the aim of eliminating them from the market,” Ramona Jurubita, partner, deputy head of taxation at KPMG, told BR.

In the meanwhile, tax revenues in the first 10 months of 2013 were down by 0.2 percent of GDP, data from the Ministry of Finance reveal. The ministry blames the fall in tax revenues on the reorganization of Romanian National Agency for Fiscal Administration (ANAF) combined with the short-term losses generated by the VAT cut for bread. The new and restructured ANAF will be better able to tackle tax evasion starting next year, promise ministry officials.

A recent tax evasion tax case shows just how vital this is. In November, Romanian businessman Iustin Paraschiv turned himself in and was remanded in custody for 30 days after charges of tax evasion and money laundering were brought against him. With a fortune estimated at EUR 70 million, the 32-year-old is among the youngest local businesspeople listed in Forbes’ Top 500 Billionaires. He controls a group of companies whose combined turnover amounted to more than EUR 250 million last year.

His arrest is linked to a larger tax evasion case dubbed by local media “the meat network”. Some 100 companies are believed to have been part of a network which avoided paying taxes on poultry transactions. Prosecutors estimate the loss at EUR 50 million. The tax evasion was abetted by employees of the Public Finance Ministry, representatives of the tax collection department ANAF and other public officials, according to prosecutors.

Another 21 people have already been arrested in the case. They include Moubarak Mahmoud Sleiman, who was allegedly the head of the tax evasion network, and prosecutor Angela Nicolae. More recently, PSD senator Nicolae Badalau has been linked to the case, further proof that, as in many tax evasion cases, private companies work hand in hand with the authorities.

Referring to this recent investigation, Padure said that it was “the first time in 20 years when the authorities had addressed the issue in a thorough manner in order to help create a fair business environment”. This is the only way to ensure products on the market are safe and raise the money needed to counterbalance the VAT cut, he added.

There is such a thing as a tax evasion free industry

The beer industry is one of the few FMCG sectors – if not the only one – which prides itself in having no tax evasion at production level. In 2012 alone, Bergenbier, Heineken Romania, Romaqua Group, United Romanian Breweries and Ursus Breweries contributed EUR 283 million in the form of VAT, excises, social security and other taxes to the state budget. The five companies account for over 90 percent of the beer sold in the country.

“This is the result of the brewers’ efforts to comply. Beer producers have understood that only by complying with the law can they grow and develop this industry on the long run,” Constantin Bratu, general director of the Brewers of Romania Association, of which the five companies are members, told BR.

Compliance is, of course, the best case scenario, but until this becomes the norm, the authorities need to do their job.

“In my opinion, there are no magic solutions to reducing fiscal evasion in the food sector. However, there should be at least a two-way approach: first, the tax authorities should be more efficient in identifying and stopping evasion – for example, by being more present in the field through surprise tax audits focused on well known tax evaders – and, second, we should all concentrate our efforts on teaching the taxpayer always to ask for a fiscal receipt,” concluded Jurubita.