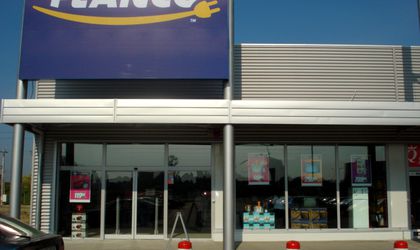 Bogdan Dirjan has been appointed this month development director of Flanco Retail and member of the senior management board of the company.

He worked for more than 10 years in retail banking and has sound sales, marketing and online retail skills, according to Dragoș Sîrbu, CEO Flanco Retail.

Before joining Flanco, Dirjan worked for 11 years for BRD Finance IFN, on various management positions as part of the commercial, marketing, online development and new business departments. He graduated in 2003 from the Academy of Economic Studies, with a major in management, and after that, he followed the management module of the INSEAD school in France.

In this new position, he will be in charge with developing the Flanco network of stores and manage the rents corresponding to the current spaces, as well as refurbishing a substantial number of large stores in 2016.

“We are glad to have him in our team and we have all confidence that he will successfully develop not only the current network but also the new concept of the Flanco stores. Lately, we have aimed to integrate naturally, into our customers’ purchase process, the online experience and direct interaction in the stores, but we will take this into account in creating the new concept of stores,” says Sîrbu.

Flanco currently has 1,100 employees and a network of 91 stores located in 55 cities. The retailer recorded sales of RON 345 million (EUR 77.9 million) in the first half of the year, up 20 percent year on year, say company representatives.

In the first four months of the year, Flanco posted sales of RON 235 million (EUR 53.1 million).