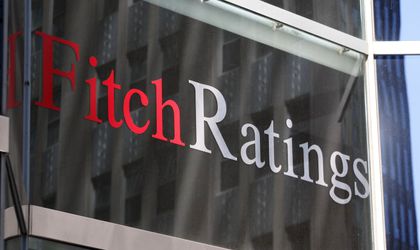 The affirmation and Stable Outlook reflect the following key factors

Public finances are broadly under control. The general government deficit (GGD) in ESA95 terms fell to an estimated 2.6 percent of GDP in 2013, in line with the ‘BBB’ median, from 3 percent in 2012. Fitch projects that the GGD will fall slightly in 2014-15, although the forecast is subject to some upside risk given that 2014 is an election year (EU parliamentary in 2Q and presidential in 4Q).

Gross general government debt (GGGD) is set to rise to 40 percent of GDP in 2014-15, in line with the category median, as the government takes advantage of favourable financing terms to increase debt issuance. However, Fitch expects GGGD to gradually fall thereafter. GDP increased faster than expected in 2013, registering real growth of 3.5 percent on robust industrial and agricultural output.

Net foreign trade was the sole driver of growth on the demand side. Strong GDP growth in 4Q13 (1.7 percent qoq, 5.2 percent yoy) provides a good starting point for 2014, and Fitch now forecasts growth of 2.8 percent. The composition of GDP growth is likely to be more balanced in 2014, with domestic demand making a stronger contribution than in 2013 as investment in particular picks up.

The government has recently made progress in the sale of stakes in key state-owned enterprises (SOEs), but stronger trend GDP growth awaits fuller implementation of the structural reform agenda. Romania’s trend growth remains weaker and more volatile than the ‘BBB’ median.

The Romanian economy has absorbed previously large external imbalances, with the current account deficit (CAD) falling to a post-transition low of 1.1 percent of GDP in 2013.

Nevertheless, disagreements between coalition partners led to the break-up in February of the ruling Social Liberal Union (USL), and tensions between the president and the prime minister have risen recently following a period of relative calm. Fitch expects a new government will soon be in place, but cannot rule out that domestic and external shocks could undermine the resilience shown thus far to Fed tapering-related volatility.

Fitch does not consider the banking sector to pose a significant risk of contingent liabilities to the sovereign. The sector is well-capitalised on aggregate (Tier 1 capital adequacy ratio of 13.7 percent at end-2013) and the loan-to-deposit ratio has fallen to close to 100 percent. Asset quality is still a concern, with the non-performing loan ratio at 21.9 percent at end-2013, up from 18.2 percent at end-2012 and 7.9 percent at end-2009. Nevertheless, NPLs are almost fully provisioned against taking into account prudential filters imposed by the local regulator. 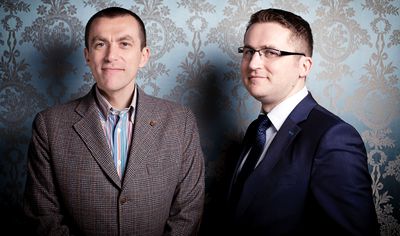 The Stable Outlook reflects Fitch’s assessment that upside and downside risks to the rating are currently balanced.

– Stronger trend economic growth, as a result for instance of sustained structural reforms to SOEs, healthcare spending and the public administration, in turn leading to greater confidence that Romania is bridging income gaps relative to EU peers.

– A significant fiscal loosening that jeopardises the stability of public finances.

– A sustained loss of momentum in the implementation of key structural reforms, for instance as a result of political instability.

Fitch assumes that the government will continue efforts towards attaining its medium-term objective of a structural budget deficit of 1 percent of GDP. The gradual progress in deepening fiscal and financial integration at the eurozone level will continue; key macroeconomic imbalances within the currency union will be slowly unwound; and eurozone governments will tighten fiscal policy over the medium term. It also assumes that the risk of fragmentation of the eurozone remains low.