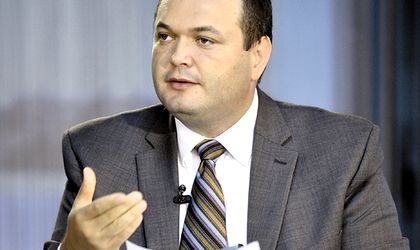 Romania’s Fiscal Council warned about the potential for a great hike in the economic deficit due to wage rises in the public sector planned for 2016 during the Reuters East European Investment Summit.

Ionut Dumitru, head of the Fiscal Council said that such a situation would be sanctioned by financial markets and ratings agencies and could prompt the central bank to consider tightening monetary policy in the second half of 2016.

The Fiscal Code has been under discussion for two months before passing the Senate with tweaks. The first draft proposed by Parliament was rejected by President Klaus Iohannis as unsustainable, while National Bank governor Mugur Isarescu and IMF representatives warned that Romania did not have the necessary capacity to carry such a sudden economic growth.

Changes in the code included an agreement over lowering the general VAT level to 20 percent starting January 2016 and 19 percent starting the following year. Politicians have also agreed to postpone the elimination of the tax on special constructions and that of the EUR 0.07 excise tax for fuels to 2017.

“Based on preliminary estimates seen at the finance ministry, a convergence of 60 percent to the new wage scheme was considered, with a cost of RON 15.5 billion, more than 2 percent of GDP. I do not believe the budget can withstand this,” Dumitru said.

According to the latest data by the National Institute for Statistics, the average net monthly wage for 2014 stood at RON 1,815 (EUR 418) in 2014, up 7.5 percent against the previous year. The country has lost millions of people in search of better pay to other countries, including doctors.

This year the government has approved double-digit wage raises for teachers and doctors plus fiscal steps such as raising the minimum wage, doubling state subsidies for children and cutting value-added tax on food to 9 percent from 24 percent.

Dumitru said the speed at which current state wages would converge toward the new salary scheme was crucial.

Romania has had three aid deals from the International Monetary Fund and the European Commission since 2009 and has enforced painful austerity measures that helped it lower the budget deficit to 1.9 percent of GDP last year.

Its current deal expires at the end of the month and the government may request a new one.

Dumitru said a new deal would guard politicians “from the temptations of fiscal mistakes”, adding that the salary raises would add to the deficit, which he estimates will remain below the EU’s 3 percent ceiling, however.

“In the new context created by the tax cuts and the wage talks that would probably end up in wage hikes, it is likely that the central bank will keep interest rates on hold at 1.75 percent,” Dumitru added. “Then … as demand-side pressures rise it is possible that tightening monetary policy will be discussed in the second half of next year.”