Fiscal Code to be re-evaluated in extraordinary session in August 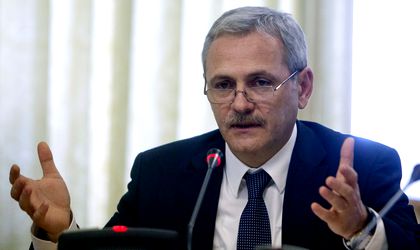 Acting president of PSD, Liviu Dragnea, said that the coalition decided to convene an extraordinary session of Parliament to review the Fiscal Code between 24 -26 August, according to Mediafax.

The Minister of Finance will hold talks with all institutions, including the National Bank of Romania (BNR) and undertake an analysis showing the sustainability and justice of the Fiscal Code’s measures, Dragnea said at the end of the PSD meeting, attended by Finance Minister Eugen Teodorovici also.

“Government ownership was not taken into discusion, we will go by the normal procedure, discuss the President’s review request Parliament. At this time there is no reason to change the normative act, but the Minister of Finance, as is natural, will take into account the review demand, he is the President of Romania and has every right to do so. We will discuss with the BNR and all other involved institutions to present once more a thorough analysis showing the sustainability of the changes in the Fiscal Code and their foundation,” said Dragnea.

He said he is concerned about Isarescu’s statements that the new Fiscal Code is not applicable, and argues there were many information in the public space, including from the advisor of the governor, Adrian Vasilescu, who allegedly said Isarescu was not contrary to this code.

On the other hand, prime minister Victor Ponta said initial negative opinions were not expressed, neither by the President nor by the BNR governor and that “after that they changed their minds”. He added that they will work with president Iohannis and the BNR governor in discussing the Fiscal Code.

The Fiscal Code will be reviewed by both houses of parliament on 24-25 August in an extraordinary parliamentary session. The final political decision belongs to the Coalition.