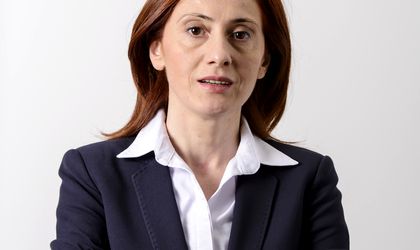 April comes with the enforcement of the reduced 9% VAT rate for food, but also with a lot of measures aimed at strengthening financial discipline regarding cash transactions. Is it possible to have a fiscal amnesty in May?

With the Government releasing the draft of the new Tax Code intended to enter into force on 1 January 2016, including many proposed reduction in taxes and other tax incentives, which brought enthusiasm from the business environment and a lot of discussions on how the budget will be affected, in April we have already enacted the reduction in the VAT rate for food.

Government Emergency Ordinance no. 6/2015 amending the Tax Code introduces, starting on 1 June 2015, the application of the reduced VAT rate of 9% to supplies of the following goods: food, including beverages other than alcoholic drinks, for human and animal consumption; live animals and fowl of domestic species; seeds, plants and ingredients used for the preparation of food; products used for completing or substituting food; catering and restaurant services, with the exception of alcoholic drinks.

The same Ordinance brings an important change in the taxation of non-resident taxpayers, allowing for the taxation of net income of interest derived by legal entities and of income from independent activities derived by natural persons, residents in a member state of the European Union or of the European Economic Area, starting from 1 June 2015, under certain conditions. This measure was introduced in order to ensure equal tax treatment with resident taxpayers, in which case the taxation is applied by subtracting deductible expenses from the taxable base, by taking into consideration the EU principle regarding the freedom of rendering services and the free movement of capital.

But what was really notable in April’s changes to the tax law refer to the new rules for cash transactions: new rules regarding cash register machines, new obligations for the registering of personal money of the employees, as distinguished by the cash of the business, taxation of gratuities (tips), and extension of the application of thresholds for cash transactions to physical persons as well.

Government Emergency Ordinance no 8/2015 has amended and completed the regulations regarding the cash register machines and introduced the obligation to tax tips (gratuities). The economic operators shall decide whether the income derived from the collection of gratuities remains at their disposal or whether these represent a source of other income, which is to be distributed to the employees, income tax being due accordingly.

Also, the Ordinance introduces the obligation to maintain a registry of the personal cash of the employees, in which the amounts of money possessed by the personnel of the economic operator that carries out its activity in the unit for selling goods or rendering services should be recorded.

We inform you that at the moment of preparation of this article, on the website of the Ministry of Public Finances an information note was published, according to which the Ministry of Public Finances shall organize on Friday, 15 May c.a., new consultations with the relevant stakeholders on the market with reference to the legal provisions referring to the taxation of gratuities.

We reiterate that Government Ordinance no. 10 from January 2015 established the tax receipt lottery as a measure to combat tax evasion and to encourage buyers to request tax receipts for the taxation of the economic agents’ income. The first draw of the tax receipt lottery was special, as it was organized on April 13, 2015, Easter day. However, the lottery will continue with monthly draws, starting in July.

Marking a first, the law limits the cash receipts and payments between natural persons, carried out for the transfer of the ownership of goods or rights, provision of services as well as those representing loans / loan repayments. These transactions can be performed up to a daily threshold of 50,000 lei/transaction.

However, after so many new restrictions enforced, May comes with a new draft law published on the website of the Ministry of Public Finances, proposing a fiscal amnesty.

Recently the audits performed by the National Agency for Fiscal Administration (ANAF) aimed to reclassify the economic nature of transactions, imposing additional taxes and additional late payment interests and penalties, the most frequent ones pertaining to:

l reclassification of the income of those practicing a liberal profession and of the copyright beneficiaries as income from dependent activities and the taxation thereof according to the rules common for salary income;

l reclassification as salary income, properly taxed, of the exempt per diem given to international transport employees or of the per diem paid to temporary work agents;

l inclusion of the copyright rights within the sphere of VAT taxable operations, if the service has been provided by a taxable person acting as such, namely in an independent manner;

l the obligation of calculating and paying the social health insurance contribution by applying a contribution quota to a monthly taxable base which cannot be lower than the country’s minimum gross salary, no matter if the income is lower than this minimum threshold.

In view of the significant magnitude of the calculated amounts related to the inspections that took place or are taking place, as well as of the estimated amounts based on the macroeconomic analysis, the Government is contemplating the adoption of certain measures pertaining to canceling the additional amounts and the delay accessories related to the decisions issued for the fiscal periods before June 1, 2015 and unpaid at the date of entry into force of the proposed normative act, and to stop inspections on these topics in the future for the same period.

The proposed measures aim to rectify some inequities from the past, but, for the future, further clarifications on the legal provisions are needed, e.g. changes to the Tax Code, Labour Code, or the Law regarding the Health insurance system, to ensure certainty of taxation for the taxpayers.