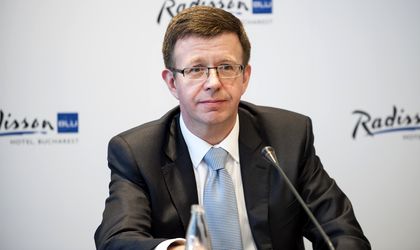 The Park Inn by Radisson Bucharest Hotel & Residence has opened in Bucharest following a seven month renovation process of the former Centre Ville aparthotel, with an investment of around EUR 6 million, company representatives announced at the opening event. The hotel, operated by Carlson Rezidor Hotel Group, adjoins the five-star Radisson Blu Hotel in Bucharest and is a project developed by Bucuresti Turism SA.

The new hotel features 210 rooms and apartments with a spacious living room and kitchenette, ideal for long-term stays. The hotel’s four conference rooms each have an individual foyer and can accommodate up to 80 persons.

“We are delighted to open the first Park Inn by Radisson hotel in Romania. Our stylish guest rooms offer the highest standards regarding comfort and technology and a wide range of colourful apartments. With all rooms and apartments occupied just three weeks after the opening, I am sure that our hotel is set to lead the mid-market segment in Bucharest,” general manager Bert Fol comments.