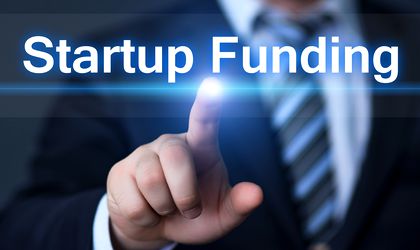 They know the game and they’ve mastered it. They have gone through all the stages and can now provide plenty of advice to those who are just taking the first steps on the path that could lead them from an idea on paper to making their entrepreneurial dream a reality. Some of the most well-known entrepreneurs, mentors and financing experts on the Romanian startup scene give BR their take on one of the most sensitive issues in the life of a startup: financing.

“Over the past two years, there has been growing interest in Romania in the development of entrepreneurial businesses. But as more startups were set up, the number of those which have failed have risen too. Any such failure can be a very useful experience for entrepreneurs if they know how to learn from their mistakes. (…) Unfortunately, in Romania, as is in fact the case in Central and Eastern Europe, failure is very harshly penalized and many cannot afford to try again,” serial entrepreneur Marius Ghenea, senior adviser at 3TS Capital, tells BR.

However, in the past three years, the situation has improved in some areas. Ghenea says there are more competitions with cash prizes and support for startups, such as consultancy, free grants and discounts. Various government grants have been launched over the past few years, especially for startups.

Ghenea advises that European funds should not be ruled out, even though they have a reputation of being hard to get, because the likelihood of kicking off a project using European funds has greatly increased compared to three or four years ago.

Last but not least, entrepreneurs can consult forums like VentureConnect, which match-make startup founders with early stage investors, suggests Ghenea.

The missing link on the financing scene

The entrepreneurs canvassed by BR were split on what is missing from the Romanian financing landscape. The maturity of the market and what opportunities it offers plays a role in this.

Teodor Blidarus, managing partner at Softelligence and VP of ANIS, tells BR that when comparing the value of investments made in the United States with those made in Europe, European entrepreneurs come off worse.

In the United States, the value of investments totals approximately USD 52 billion, while in Europe it is just USD 9 billion (EUR 7.9 billion), Blidarus says, quoting an article by Finfacts Ireland.

Germany topped the European investment chart at EUR 2.2 billion, closely followed by the United Kingdom at EUR 2.1 billion, and France in third place, at EUR 900 million.

“While I would not go as far as to say that certain financing options are lacking entirely, the financing market for startups is still in a very early stage in Romania as a whole. The financing offer for startups is still limited, even though the situation has improved in recent years. Business angels communities and investment funds are few and do not cover the potential need for funds,” Mihai Sfintescu, partner at 3TS Capital Partners, tells BR.

Dan Visoiu, partner at BAC Romania and co-founder VentureConnect, gives as a positive example Romania’s neighbor, Bulgaria, where there are already two funds that invest only in startups.

In Romania, this is still not the case. “Here in Romania, startups must rely mostly on self-funding (bootstrapping) or a relatively small number of active business angels. It is important to note that there is also funding available from European Union sources; nonetheless this type of funding is quite difficult to obtain and the procedure is long and cumbersome,” says Visoiu.

He adds that “statistically speaking, the lack of a consistent and substantial source of funds for Romania-based startups has resulted in a larger number of startups with real potential never launching, as compared to our regional neighbors.”

Irina Albu, executive manager at TechAngels, believes that the Romanian market is well represented in terms of the number of possible investors, “but few of them make the next step.”

“Business angel investment involves a high degree of risk. Globally, only 10 percent of startups make it. Furthermore, the volume of shares received after investing in incipient stages can dilute during later investments. The ROI of an active angel investor can reach at most 20-30 percent, taking into account all the investments made so far,” Albu tells BR.

However, when it comes to business angels, one should also see the empty side of the glass from the entrepreneur’s point of view.

For instance, Ciprian Borodescu, co-founder & CEO at Appticles, suggests that the terms imposed by business angels in Romania are absurd. “As a person who has often raised funds outside Romania but has also interacted with local investors, I can tell you that there is still a problem as far as angels are concerned – the percentages they demand and are sometimes even offered for an investment of, let us say, EUR 30,000 are ridiculous, even as much as 30-40 percent,” he tells BR. ”The startup that accepts such a deal is condemned for the next round of financing because no serious investor will accept that another shareholder, who is not a founder, gets such a piece.”

Since in Europe there are accelerators that offer the same sum but for up to 8-10 percent, he labels this attitude from investors in Romania “absurd.”

What is missing from the Romanian financing scene is crowdfunding and financing in the EUR 200,000-EUR 500,000 range. Besides that, venture capital funds should be more active, suggests Malin Iulian Stefanescu, general manager of EEU Software.

On the other hand, George Dita, startup programs manager at How to Web, tells BR that what is missing are seed sources managed by a team that can support startups in the first year or two.

“The basic principle is pretty obvious: large companies grow from small companies. These small companies are facing both lack of cash and lack of experience on the business development side, even though they excel at execution. Both must exist to grow the chances for success,” he tells BR.

Ghenea believes that listing on the stock exchange is probably the main missing link as a real financing option in Romania.

“We finally have an alternative trading system (AeRO), but this should prove that it indeed generates transactions and cash, and only after that can it be ‘ticked off’ as a viable option for Romanian entrepreneurs. Anyway, it is not a startup option, but targets businesses that already have some traction),” says Ghenea.

Cristi Badea, from Mavenhut, tells BR that the missing link in the financial grid available for startups is after the first round of financing.

”I believe that there is still a major gap when it comes to ‘follow-up’ money. It’s sort of easy for an IT company to secure an early stage investment, but it’s extremely tough to get access to the cash they need to get to the next level. I’ve seen many companies left in a position where they just had some traction, but not enough to convince a VC to fund their series A,” he says.

He adds: “It’s quite impossible to raise more than USD 4 million just in Romania – which puts a cap on the growth strategies of companies that are actually quite good. It gets really tough when your firm has reached a level of over 60 employees in just a couple of years. The amount of cash you would need to take this type of company to the next level is not available in our country.”

Adrian Gheara, tech startups advisor & investor, also believes that what is missing in Romania is the mid-financing area of several hundred thousand, for firms that still have not posted revenues so cannot approach venture capital investment funds.

“Romanian startups have a fairly wide range of financing sources – governmental programs, angel investors and even international crowdfunding platforms that have been used successfully even by Romanian companies. TinTag was financed via indiegogo.com. In the early stage of the business there are solutions,” he says.

Not only that, but there are solutions for startups that have exceeded certain results, and have access to venture capital financing, such as 3TS Catalyst Romania, so they can get access to several million EUR.

“Since the mid-service area was not covered, lately they have started to form ‘syndicates’ between angels, meaning when various angel investors invest together a big sum in the same startup under the same conditions,” Gheara tells BR.

But the reality is not as grim as it may seem. Romanian entrepreneurs have other advantages on their side. Serial entrepreneur Radu Georgescu, founding partner at GECAD Group, tells BR that the Romanian entrepreneurial climate is “more welcoming and forgiving than others” for businesses that are looking to attract investments.

“Romanian entrepreneurs have the comfort of being at home, which means that they understand the culture and language and can measure their results. It is also a very permissive community: once you have done something wrong you can get up and try again, that is if the entrepreneurial team has the courage to do so,” he adds.

He explains that GECAD Group receives “hundreds of financing requests each month, but the approach some entrepreneurs have is somehow limited and at times it can even lack business understanding.”

This view is shared by other entrepreneurs canvassed by BR. Ghenea says that the financial problems facing startups are largely a consequence of the fact that they do not sufficiently understand the financial implications of starting a business, and generally, they lack financial information and experience.

“During the latest overview that I carried out recently, I found over 20 different such financing options – debt or equity – and in reality most entrepreneurs do not know them all,” Ghenea points out.

With all the recent advances made in this field, Romanian startups should make good progress in obtaining access to financing.

The Business Angels Law, which was adopted by Parliament just a month ago, was hailed by the entrepreneurs canvassed by BR as having created the premises for an active stimulation of startups and providing more financing options.

”For investors, the legal context in which they will act has taken shape. The target was to crack down on bureaucracy and also offer as many fiscal facilities as well as exemption from tax on dividends for three years. Also, with the legislative framework, entrepreneurs can better grasp the role of a business angel and have access to an ever growing number of investors,” Blidarus tells BR.