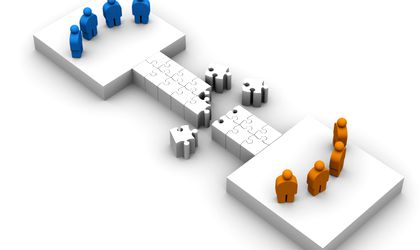 The Financial Supervision Authority (ASF) rejected on Thursday the proposed Axa acquisition by SAI Certinvest, shows a press release by ASF. The release states that the buyer does not meet conditions on the reputation, integrity and financial stability.

The French group Axa sold, at the end of last year, its life insurance and savings operations in Romania to SAI Certinvest and SIF Transilvania, thus withdrawing from the Romanian market. SAI Certinvest acquired 70 percent of AXA’s subsidiary in Romania, AXA Life Insurance SA while SIF Transilvania purchased the remaining 30percent. The operation, however, would have required a regulation authority approval.

“ASF’s Board rejected the proposed acquisition of Axa Life Insurance by SAI Certinvest for failure to meet the requirements of Article 7, Point 7, Letters a), c) and d), in conjunction with Article 5, Letter f) of the Rules on the authorisation and operation of insurers enforced by Order No. 16/2012,” reads the press release.

The conditions ASF refers to are several criteria based on which the reputation and integrity of the buyer should be assessed: financial soundness and the insurer’s ability to meet prudential requirements stipulated by the legislation. However, SAI Certinvest did not meet those requirements or the prerequisites for support by the insurer’s own sources, if the financial situation would have deteriorated.

SAI Certinvest is the largest asset management company in Romania, operating assets of over RON 250 million (EUR 56 million) and an experience of over 20 years in the investment market in Romania.