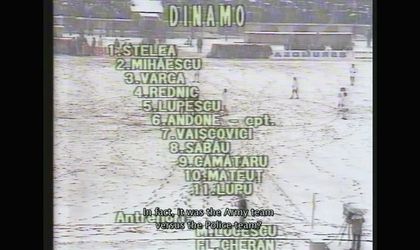 A standard movie lasts about an hour and a half. So does a football match. Corneliu Poromboiu has fused the two in his latest experiment with film, form and function. The Second Game consists of a rerun of a 1988 Dinamo-Steaua match, without the original sound, as Poromboiu and his father Adrian (who refereed the game) chat about it.

Proceedings start like many Romanian New Wave works: absurdly. A blizzard rages as the officials emerge to a thick layer of snow, the supporters huddled under umbrellas. Today the game would be called off, and the nostalgia of 1980s football is a movie highlight – at least for fans of the beautiful game.

Not that there is much beauty in this particular game, with the conditions hindering fluid passing. But images of a more innocent age of football – sponsor logos either entirely absent, or so faint they can barely be discerned, a mere smattering of advertising hoardings, one of which was for Bucur Obor market, not to mention the 1980s mullets – may charm supporters sick of (alleged) Qatari World Cup bribery and pampered players writing off sports cars, snorting coke and sexting. As will images of a very young Dan Petrescu and Gica Hagi.

The innocence did not extend off the pitch. In one of the meatier sections of commentary, Poromboiu Senior details how both clubs had tried to bribe him, something the football bigwigs had sought to hush up. Background about the teams’ links with the army and the Securitate (the Communist-era secret police) will also interest those unfamiliar with Romanian football history, though this will not surprise local audiences.

In the main, though, the commentary is meandering, with minutes spent debating the merits and application of the advantage rule, and banal observations on obscure historical players and officials. It’s sometimes interrupted by incoming texts, phone calls and mobile phone interference. At other times father and son go quiet, watching the action (the word is used loosely). 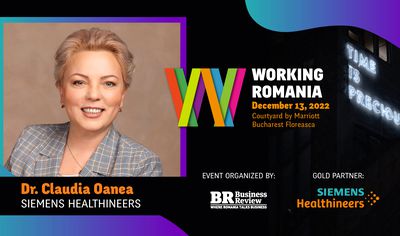 If all this sounds rather boring, then the director knows it. The game is long and nothing happens, notes Poromboiu Junior at one point; “It’s like one of my films.”

In his recent works, he seems to have been gradually stripping away conventions of drama and development. While 2009’s Police, Adjective was slow, it was a procedural of sorts and built to the resounding climax of Vlad Ivanov’s belligerent speechifying. Last year’s When Evening Falls on Bucharest or Metabolism, about an affair between a tedious film director and actress, was more inward-looking and less rewarding.

In The Second Game, even more movie staples – editing, cinematography – are jettisoned. The conceit is unusual, and football fans and film geeks will find some pickings, but overall it seems more suited to a modern art gallery than a cinema.

As the credits roll, the screeching violins of Vivaldi’s Four Seasons provide the most drama of the day – a droll sign-off from a knowing director.