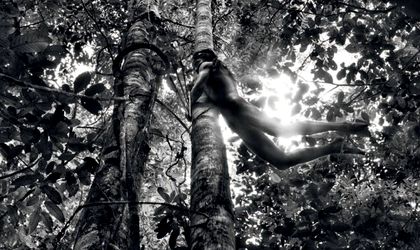 Wim Wenders and Juliano Ribeiro Salgado’s documentary is more like an absorbing wander through a photography exhibition than a movie. Its focus is the work – and, to a lesser extent, the life – of Salgado’s father, the Brazilian photographer Sebastião. The former economist embarked upon a four decade-long career, chronicling mainly human suffering and the social impact of war, violence and inequality, as well as the extraordinary lives of remote, indigenous peoples. He then had a surprising coda as a farmer.

Although the voiceover alternates between the two directors and the subject, the photos are allowed to do much of the talking, and their wordless revelations are eloquent and moving. From bodies piled up during the Rwandan Genocide in 1994 to emaciated children in camps in the Ethiopian famine of the 1980s, Salgado’s images pack a punch. In the latter stages of his career, unable to face another harrowing trip to the aftermath of a catastrophe or conflict zone, the disillusioned photojournalist concludes, “We are a ferocious animal. We humans are terrible animals. Our history is a history of wars. It’s an endless story, a tale of madness.”

Despite the horrors presented, however, The Salt of the Earth unfolds calmly, with an almost serene tone. This is partly a result of the veteran Salgado’s ruminations: the directors often shoot him sitting still, gazing out over vast, empty landscapes, contemplating his experiences.

The death and violence is also juxtaposed with the tranquility of the Brazilian’s family home. A former cattle ranch that was once fertile and productive enough to fund the education of Salgado and his seven sisters, it had become arid and lifeless, providing the challenge that will help reinvigorate the jaded photographer in the film’s final act.

Proceeding logically through Salgado’s adult life and projects, almost biopic style, the documentary’s lack of narrative thrust is compensated for by the force of his work and the green shoots of hope that permeate the bleaker episodes.

Interviews with three generations of Salgados (the photographer, his elderly father and his adult son, the co-director) largely leave the men to express themselves with minimal direction, and the film doesn’t touch on the moral issues of such photojournalism (a glittering career built on the deaths and suffering of others; the competing ethical demands of chronicling an atrocity to let the world know and administering aid to desperate people on the scene).

Salgado’s architect wife gets less screen time than you might wish, given that she played a major role in his work and that he was by his own admission a largely absent father, to Juliano Ribeiro and a second son, diagnosed with Down’s Syndrome, whose interesting story (the family developed a non-verbal language with him) is never followed up on.

But the power and persuasiveness of the documentary leave little room for complaint, and The Salt of the Earth stands as compelling proof that a picture is indeed worth a thousand words.