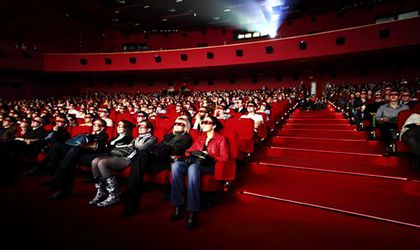 It’s finally winter outside, so if you didn’t plan anything for the weekend, here is a selection of what’s on the silver screen.

Synopsis: A young woman searches for her twin sister in a Japanese forest only to find herself surrounded by paranormal forces. (provided by IMDB)

Synopsis: The adventure film is based on the story of Noah’s Ark, only this time it’s about the unlucky critters on the wrong side of evolution. The land-based Nestrians Dave and his son Finny have made it on to Noah’s Ark with the help of Grymp and her daughter Leah, but when the Ark floats away, Finny and Leah accidentally fall off. This is the start of an adventure in which Finny learns something very important about himself that will save the life of his father and of his new mob. ( provided by Variety)

Synopsis: Stepdad, Brad Whitaker, is a radio host trying to get his stepchildren to love him and call him Dad. But his plans turn upside down when the biological father, Dusty Mayron, returns. (provided by IMDB)

Synopsis: Joy is the story of the title character, who rose to become founder and matriarch of a powerful family business dynasty. (provided by IMDB)

Synopsis:  In this sequel to Hope and Glory (1987), Bill Rohan has grown up and is drafted into the army, where he and his eccentric best mate, Percy, battle their snooty superiors on the base and look for love in town. (provided by IMDB)

Synopsis: A fictitious love story loosely inspired by the lives of Danish artists Lili Elbe and Gerda Wegener. Lili and Gerda’s marriage and work evolve as they navigate Lili’s groundbreaking journey as a transgender pioneer. (provided by IMDB)