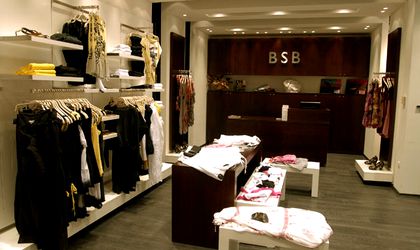 Greek fashion retailer BSB plans to open two new stores by the end of June in Romania after it opened a new unit last week in the Sun Plaza shopping mall in Bucharest. The new stores will be located in Cluj-Napoca (Polus Center) and Timisoara (Iulius Mall).

The retailer has also launched a franchise and the first such store was inaugurated in Pitesti, in the Euromall shopping center.

Potential franchisees can open a BSB store only in cities where the retailer doesn’t already operate its own units. The minimum surface for an outlet is 100 sqm and the initial investment is between EUR 30,000 and EUR 60,000. There is no franchise tax.

The retailer has a network of 100 own stores in Greece, Romania, Turkey, Great Britain, Russia, Bulgaria, Lebanon, Cyprus, Albania and Egypt. Romania, however, is the country, where the retailer has invested the most so far, say BSB representatives.

BSB Romania’s 2012 turnover was up by over 20 percent, says the retailer. The fashion retailer opened last year its first high street store in Romania located on the Magheru Blvd in Bucharest.

For the second time in a row, a school in Romania is judged...