Fabryo-Atlas Paints to build a mortar factory in Popesti-Leordeni 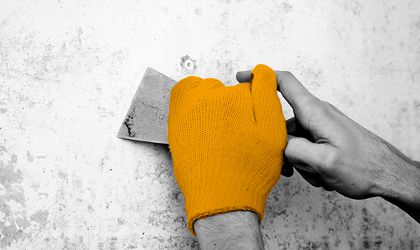 Early this year, paint producer Fabryo-Atlas Paints has started a construction for a mortar factory on the platform it owns in Popesti-Leordeni, Ilfov county, according to Mediafax. The new production unit should become operational in October.

“Our investments were up to EUR 500,000 in 2013, and in the near future we will build a mortar factory, which will double our capacity”, according to Dragos Military, CEO Fabryo-Atlas Paints.

Fabryo’s portfolio for construction finishes extended in the last few years, especially in the mortar and adhesives category, according to the press release. For 2014, Fabryo-Atlas Paints estimates a turnover over increase of five percent.

“In the first five months of the year, our sales volume tripled and we need extra production capacity”, Militaru added.

The company, which resulted after a merger between the Fabryo Corporation and Atlas Paints, is a main player on the paints and plasters market. The group owns a paint, mortar and adhesives factory and Popesti-Leordeni and another produciton unit for insulation equipment in Tunari, Ilfov county.