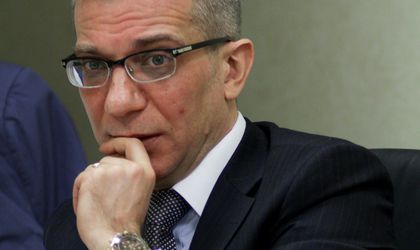 EximBank, the state-owned export-import bank, said its net profit rose 29 percent to RON 32 million in the first semester against the same period of last year, supported by higher lending to the corporate sector.

The bank said its new loan exposure rose by RON 475 million, out of which 90 percent is allotted to companies. The rest were letters of guarantees and multiproduct ceilings. The assets were up RON 244 million by June.

Traian Halalai (in picture), the bank’s president, said in a statement that the loan book grew by 24 percent against the end of last year.

“One of the strategic directions in this period was to improve the structure of assets through the reorientation of investments in bonds into interbank placements (on the short term), with the final purpose being to release funds for increasing the lending activity,” said Halalai.

Eximbank’s non-performing loans (NPLs) stood at 9.5 percent, while the average of the banking system was 22.2 percent in March. The bank said that only 1.4 percent in NPLs was formed in the last two years.