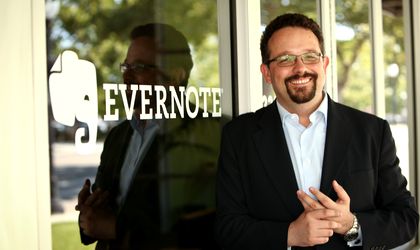 Evernote announced the launch of the Evernote Business solution in Romania, which allows companies to use more efficiently the accumulated knowledge base of their employees.

Evernote Business is available as part of the Evernote applications for Mac, iOS, Android and Windows Desktop. The solution was launched in December 2012 in France, Switzerland, England, Canada, Japan and the United States. Over the next month, it will be available in over 50 countries in the EMEA region, Latin America, and Asia Pacific.

“The visit I made in Romania during How to Web was an opportunity to meet the local community of entrepreneurs, developers and Evernote users. (…) The solution solves the greatest challenge faced by developing: discovering the knowledge of individuals and groups. The solution makes it possible to collect information and discovering at once the colleagues’ knowledge. Thus, effort is spared,” said Phil Libin (in picture), CEO Evernote.

Evernote Business comes at the price of EUR 10 per user and includes the features of Evernote, Evernote Premium and the new Business Premium characteristics.