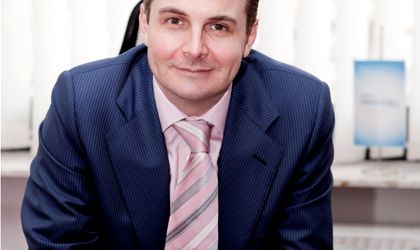 Telecom operator Euroweb Romania, part of Turk Telekom, posted revenues of EUR 9.26 million in 2013, up 14 percent on the previous year, while its EBITDA doubled during this time, according to media sources.

Compared to 2012, the company added 6 percent more clients to its portfolio, who went for its internet, data and voice services.

”Even though it was a difficult year, Euroweb managed to strengthen its foothold on the market in 2013 and gain new clients in various domains, from banking to retail, energy, and the diplomatic sector. In this extremely complex economy, we realized that if we did not expand our expertise, services and did not come up with a fresh approach, we would not have good chances of reaching the targets set by mother company Turk Telekom,” said Stuart Evers (in picture), CEO of Euroweb Romania.

The company became regional supplier for various companies that are headquartered in Romania but also have operations abroad.

“I foresee 2014 will be a complicated year for our industry due to fierce competition, the continuous erosion of prices and the inflation of salaries in IT. Overall, it is unlikely that the market will post significant growth but we are certain we will face the challenges ahead successfully, as we have since the start of the financial crisis,” said Evers.

In Romania, Euroweb has four main hubs located in Bucharest, Iasi, Timisoara and Cluj. Since 2010, Turk Telekom has been the main shareholder of Euroweb Romania, with telecom infrastructure in South-Eastern Europe which gathers together brands such as Pantel, Euroweb, TTNET, Argela, Innova, Sebit, Sobee and AssisTT.