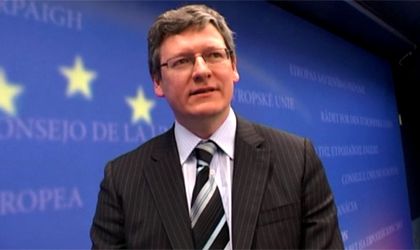 Commissioner Andor reminded that Romania and Slovakia were given an extra year to absorb funds under the ‘n +3’ rule, stating that Romania is the country that really coped very well with the challenges posed by an increased uptake of funds, according to the Agerpres correspondent.

“Commissioner Hahn and I have made efforts to help improve the state of affairs in Romania from the administrative point of view. One year ago there was an overhaul with a new Minister (Teodorovici – editor’s note) taking over in Romania, and indeed we saw a rise in the uptake of European funds. I believe this is an important moment, because compared to Romania’s previous experience (the Boc government – editor’s note), more attention has been paid to continuity and stability of staff working in the absorption of funds, because sometimes Romania, but Bulgaria as well, have had issues in the past because of too frequent staff changes. I am convinced that both in Romania and in Bulgaria we will see a massive recovery as regards the absorption of funds, Commissioner Andor told a press conference in Brussels, quoted by Agerpres.

Commissioner Andor also welcomed Romania and Bulgaria’s step forward as regards the social inclusion of the Roma, thanks to the policies adopted for the implementation of the Europe 2020 Strategy, writes Agerpres newswire.