European Commission Representation in Bucharest has a new head 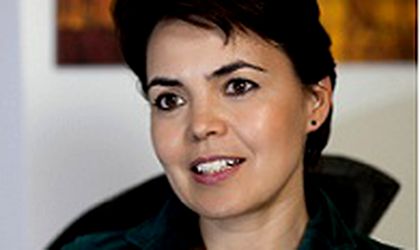 Angela Filote has been appointed head of the European Commission’s (EC) Representation in Romania, the institution announced today. Her appointment becomes effective on January 1st 2014.

Filote started working at EC’s headquarters in Brussels in 2010 after having previously worked in Romania, Turkey and Egypt. She has more than 20 years of professional experience in corporate communication management.

In 1993, Filote was recruited to set up the press and information team in the EC’s diplomatic representation in Romania. In 2006 she moved to Ankara, Turkey where she managed the EU Delegation’s main communication project. She then worked as deputy head of the EU Delegation in Egypt.

In early 2010, when the current Commission took office, she was appointed EC spokesperson for Enlargement and European Neighbourhood Policy. Since 2011, Filote has been working in the Commission’s Directorate-General for Agriculture and Rural Development.

Filote has an educational background in economics, political sciences and European Affairs. She has a master of philosophy degree in international relations from the University of Amsterdam.