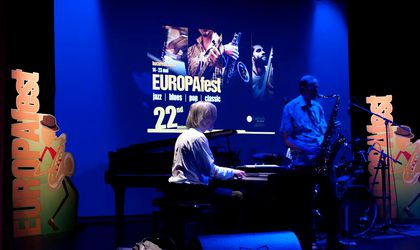 After 10 days of music delivered over evenings of jazz and violin recitals, EUROPAfest presented on Saturday, on the stage of Odeon Theatre, the laureates of the 22nd edition.

The jurry had the difficult task of choosing the winner after a more than incendiary final.

Moreover, Jeunesses International Music Competiton Dinu Lipatti has announced its laureates to the three categories of age. Also, the Royal House has awarded the Diploma of Excellency to a company partner of the festival, His Royal Highness Prince Nicholas of Romania being present for the festivity.

The bands that performed in the Bucharest International Jazz Competition 2015 finale were: