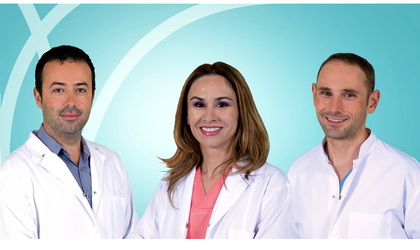 The BRAIN Institute, a non-profit medical organization specializing in neurosurgery, invested EUR 180,000 into improving its services in 2015, informs a press release. The institution’s priorities last year were expanding access social, medical team over-specialization on each of the branches of neurosurgery, and developing a research program in neuro-oncology.

This is the first non-profit medical unit in Romania, investing all available resources into its operations and improving of practice. Through the launch of the Foundation for Modern Neurosurgery, the social access improved from the 10 percent registered in 2014 to 12 percent in 2015.

Last year the institution put in place the online platform www.glioblastom.ro offering information on a very aggressive form of brain cancer which is believed to affect some 600 patients a year in Romania. Doctor Mihai Craciun, the institute’s neurosurgeon specializing in neuro-oncology, has coordinated several meetings which lead to the first local protocol of treatment and action plan for the glioblastoma.

The BRAIN Institute has also closed a partnership with the Royal Club of Physicians, an initiative under the High Patronage of the Royal House of Romania, which aims to improve the services that the institute offers.

Launched in 2013 at the initiative of the six-renowned surgeons, the Royal Club of Physicians promotes the interdisciplinary model known internationally. Currently, the club brings together more than 200 members, and its activities involve more than 1,500 physicians.