EU and US expand sanctions against Russia 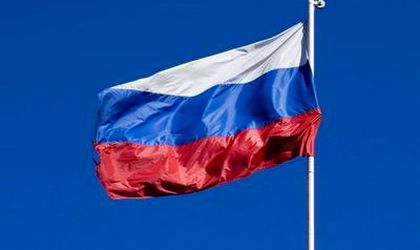 Wednesday’s special EU summit prepared new economic sanctions against Russia, aimed at key sectors. According to a draft of the summit communiqué EU leaders could go beyond so-called “phase two” sanctions, which involve targeting individuals for travel bans and asset freezes. But it won’t be all the way to “phase three”, which constitutes sanctions on entire sectors of the Russian economy, writes the Financial Times.

The new phase would focus on four elements.

First, the EU would cut all new project funding for Russia from the European Investment Bank and caucus together to prevent similar investments from other international organisations where EU countries are members – particularly the European Bank of Reconstruction and Development.

Secondly, the summiteers are considering broadening the legal basis they have for Russia sanctions to go beyond targeting individuals and include “entities”.

“European Council tasks the Council to proceed with the expansion of restrictive measures, with a view to targeting entities that are supporting materially or financially actions undermining or threatening Ukraine’s sovereignty, territorial integrity and independence”, the draft reads.

Third, the summit is considering cutting off some of the bilateral aid the EU provides to Russia, most of which comes through the “European Neighbourhood and Partnership Instrument”, which is the main vehicle for EU development funding for non-EU countries in eastern Europe and North Africa. Russia would lose access to over EUR 450 million in funding.

Lastly, the document indicates the EU wants to do more to continue pressuring the Kremlin for its annexation of Crimea, something that has fallen out of the headlines amidst the ongoing violence in eastern Ukraine.

“We have emphasized our preference to resolve this issue diplomatically but that we have to see concrete actions and not just words that Russia in fact is committed to trying to end this conflict along the Russia-Ukraine border. So far, Russia has failed to take any of the steps that I mentioned. In fact, Russia’s support for the separatists and violations of Ukraine’s sovereignty have continued” Obama said in the White House briefing room.

The new U.S. sanctions don’t target whole sectors of the Russian economy, which the White House has warned is a possible punishment. But they are more sweeping than limits previously put in place in response to Russia’s intervention in eastern Ukraine and its annexation of Crimea in March.

The move severely restricts these companies’ access to U.S. capital markets, which Russia relies on to finance major enterprises.

The administration also cut off Feodosiya Enterprises, a key shipping facility in the Crimean peninsula, and eight Russian weapons firms, including the Kalashnikov Concern, Russia’s largest firearms producer. Among the four Russian government officials on the list was Sergey Beseda, head of the Federal Security Service’s Fifth Service, which is responsible for spying on former Soviet republics, including Ukraine.

Analysts said the sanctions may send a chill through financial markets conducting business with or investing in Russia, which could affect the U.S. economy.