Enescu’s violin to be heard at the Radio Hall 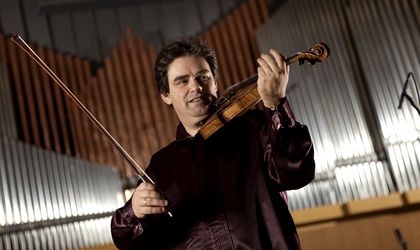 “This Paganini Concerto no 1, along with Tchaikovsky’s, were the major concerts in my preparation as violinist while I was competing in international music contests. These were always successful concerts and I used to present them in turns depending on the competition program. Also, this Paganini concerto was staged by myself 30 years ago at the Radio Hall, when I was in the 12th grade, under the wand of Andreescu, bringing me joy” said Gabriel Croitoru.

The Friday event will be supervised by Italian conductor David Crescenzi, a permanent guest of the Romanian National Opera Timisoara.

The Cinderella overture by Gioachino Rossini, and Robert Schumann’s Spring Symphony are also presented in the Friday’s concerto.