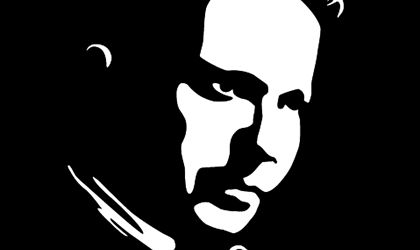 The Enescu Festival, organized on a EUR 9 million budget, has been extensively promoted in Romania and abroad, via traditional outlets such as TV and outdoor, but also urban projects and partnerships with private companies that get an image boost from their involvement.

Publications all over the world, from London to Tokyo, created a buzz around the festival, including Gramophone, BBC Music Magazine and The Strad.

The Romanian Ministry of Culture actively promoted the event at peak hours on CNN from January 20. The spot, made by the festival’s creative team, Ioana Gheorghiu and Robert Blaj, using as background Enescu’s Third Sonata for Violin and Piano in A minor, was broadcast during American president Barack Obama’s swearing-in ceremony. The ad ran on CNN until February 3.

This was the second campaign for the promotion of the festival abroad, after one that ran on CNN and Euronews at the end of last year.

Enescu was also promoted on all the major Romanian TV outlets in the run-up to the festival and also through outdoor ads in subway stations.

The festival’s main partners are Enel and Unicredit Tiriac Bank. This year, Enel is supporting the concerts of the orchestra of the Accademia Nationale Santa Cecilia on September 11 and 12, as well as the entire Midnight Concerts series at the Romanian Athenaeum.

Radu Cosarca, head of external relations at Enel Romania, told BR that Enel chose to be main partner because the festival “places Romania firmly on one of the most honorable maps of the world – the cultural map, the map of universal music.”

“There are not too many fields where Romania holds one of the top three positions in Europe, as is the case with the Enescu Festival, which was ranked among the top three classical music festivals in Europe,” says Cosarca.

UniCredit Tiriac Bank has been the main partner of the last three runs of the event, supporting not only the daily festival program but also providing fans and binoculars in the concert hall. In partnership with the MaiMultVerde Association, the bank also provides bicycle racks outside the Palace Hall and the Romanian Atheneaeum. Furthermore, it has equipped the press center in partnership with the Bucharest Design Center.

“The image advantages are in direct relation to the international fame, prestige and visibility of the festival,” Anca Nuta, director of identity and communication at UniCredit Tiriac Bank, tells BR.

Car manufacturer Dacia will be sponsoring the festival with a fleet of 11 cars which will transport the artists. Forty Dacia vehicles – the VIP fleet and company cars – will be customized for a month with the identity of the festival.

Dacia is also organizing the program in Festival Square on September 15 and has made a contribution to financing the Festival Diary.

The company is also promoting the event among its employees and clients via its media through websites, a Facebook account, internal magazines and the intranet.

“The creative concept under which we are presenting this year is: Music is a trip both for Dacia and for those who come to the Enescu Festival. Our entire promotion campaign, from print ads to the Facebook application, revolves around this topic,” Anca Oreviceanu, communication director at Dacia, tells BR.

In total, 250,000 people will come into contact with Dacia’s messages about this partnership via ads in written and online media, TV broadcasts, promotion in the festival program and the organizers’ platform. “We predict that over 3,000 people will be transported with our vehicles or will have a brand experience during the event organized on September 15 in Festival Square,” adds Oreviceanu.

But Enescu has crossed the limits of conventional promotion and entered into urban culture. Enterprises, public institutions, NGOs and artists have been invited to participate in Creative Bucharest, an initiative which embodies the spirit of the festival through urban culture.

Applicants must provide project financing, while the festival provides visibility and support for the approved installation of works of art in public spaces.

BCR is supporting the initiative. “For us, this partnership is a great opportunity to talk in a very innovative way about a social project that is very dear to us, BursaBinelui, to a public for whom supporting values is important and which understands that social change comes from everyone’s involvement,” Alexandra Corolea, specialist in community relations, tells BR.

Bookstores such as Carturesti and Humanitas have also got on the bandwagon. “Carturesti organized the Musical Mornings event and gave us some articles on its blog and Facebook page. Both bookstores promoted their classical TV offer,” Oana Marinescu, communication director of the Enescu Festival, tells BR.

Part of the festival’s communication strategy is to make the music accessible to those who cannot see the event at the venue. Fans can watch the best concerts live at Grand Cinema Digiplex.

The George Enescu festival website has also been revamped. In August alone, the website saw more than 100,000 visits, with 82 percent of users accessing it from desktops and 18 percent from their mobile phones.

The new website was developed by Read Forward and the graphics by Eroii de Joi, a branding agency specialized in cultural projects.

While staying along the same lines, the design and menu were revamped to deal with the larger flow of information available for visitors.

New sections were added, such as artist biographies, a news section, the advanced listing of the program, a section dedicated to George Enescu and one dedicated to Creative Bucharest. The website adjusts its content depending on the type of display it is accessed from.

Concerts – both video and audio versions – can also be viewed or listened to on the festival website, with the support of the public television and public radio channels. The smartphone application offers the audio version.

The festival also has a new application for mobile phones on Android, made by Read Forward. It is free of charge for smartphone users, helping them to wade through the 150 concerts and the dozens of projects included under the Creative Bucharest banner.

The app includes sections such as news, the program and the list of concert venues, which includes a description of the series of concerts. It also has a Creative Bucharest section with a map of events and an audio streaming option, where the user can listen to over 90 percent of the concerts on the mobile phone.