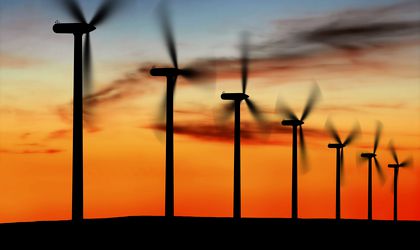 Energy supplier and distributor Electrica SA plans to outsource two wind projects, currently in “construction ready” stage, as investments in renewable energy are less and less attractive, the company says, quoted by Mediafax. Electrica announced in 2010 plans to enter the market for renewable energy production by building three wind farms, each with a capacity of 50 MW, but meanwhile gave up one of the projects.

During the stock market listing the decision was taken to postpone investment projects in energy production from renewable sources, based on a recommendation from the privatization consortium.

Currently, both projects are in the “construction ready” stage and Electrica is considering whether to outsource these objectives.

“The company intends to cease these activities due to: (1) adverse changes in the power generation from renewable sources regime  (2 ) the group’s strategy focused on investment in its main distribution and supply of electricity, (3) limited synergy between the activities of producing electricity from renewable sources and the distribution and supply activities. The financial statements reflect the plan of management to terminate these projects,” the company states.

The annual investment plan for 2015 is consolidated at Electrica group level at some RON 860 million.

The main shareholder of Electrica SA is the state, represented by the Ministry of Energy, Small and Medium Enterprises and Business Environment (48.78 percent), followed by the EBRD, with 8.66 percent.

Holde Agri Invest makes a new agritech investment by acquiring a stake in...