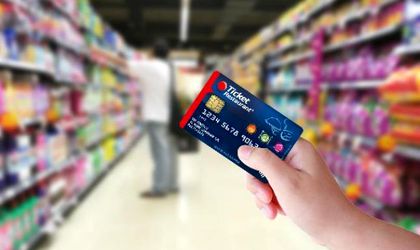 Edenred, a provider of meal tickets, has issued Ticket Restaurant meal cards for more than 60,000 employees, and several other thousand meal cards will be distributed by the end of the first quarter of 2016,  according to Vianney Du Parc, general director Edenred Romania.

This comes following legislative changes in October 2015 that made it possible to have digital meal tickets as an alternative to the traditional paper ones in Romania.

The first wave of companies that have adopted the electronic meal tickets is made up mostly of companies that were previously using paper meal tickets, with 83 percent of those who have already made the transition to Ticket Restaurant meal cards coming from the urban environment. Moreover, 42 percent were from the service industry and 22 percent from the trade industry.

“Some companies opted for a combination of the two solutions, offering meal cards to some employees and paper meal tickets to others,” said Du Parc. “We also have new clients who have started using electronic meal tickets for their employees directly, but they remain a minority,” he added.

In terms of how much employees have used their tickets, those who have meal cards made a relatively small number of payments by the end of January 2016, with Du Parc citing the fact that they were still familiarizing themselves with the process as a reason. “Approximately 30,000 beneficiaries accessed the Ticket Restaurant mobile and online apps, through which they can check their card’s balance, can access special offers or can look for nearby stores where they can use the Ticket Restaurant cards,” explained Du Parc.

At the moment in Romania there are around 2 million employees who benefit from meal tickets, according to Edenred.