EC is less optimistic than the Romanian government about its tax collection capacity, says Angela Filote 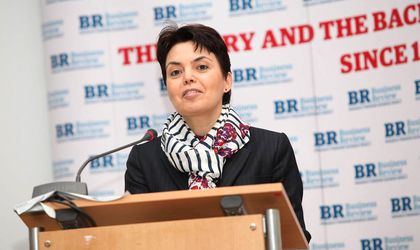 The European Commission (EC) is less optimistic than the Romanian government about the country’s tax collection capacity in light of the recent tax cuts, commented Angela Filote, chief of representation of the EC in Romania during the first day of the Foreign Investors’ Forum organized by Business Review.

“We have an optimistic government and that is a good thing; we only hope that it is not too optimistic. We are less optimistic about the government’s capacity to increase tax collection so that it can compensate for recently adopted fiscal measures (…) It would a pity if after such fiscal discipline and such strong austerity measures that everybody felt, we take a step back.” said Filote.

She stressed that the EC is not against fiscal relaxation but that such measures need to be taken “at the right time and with the right compensatory measures in place”.

Talking about the country’s macroeconomic performance over the past couple of years, the EC representative to Romania said that while this posted a high level it was fueled by internal consumption and exports and less by public investments. Even so, boosting investments with the price of increasing the public deficit ceiling would be the wrong approach, she warned.

“We would see no reason to accept a tradeoff between investments and the public deficit, before we see the country making use of all the other available measures. This includes accessing structural funds or the improvement of tax collection. Romania already has the means to increase its capacity to attract foreign investments and it doesn’t need to touch the macroeconomic fundamentals that were achieved through such hardships,” added Filote.

She also commented on recent news about the government’s intention to reach a new agreement with the IMF/EC by saying that she heard about it from the media and that the EC has not been approached for discussions.