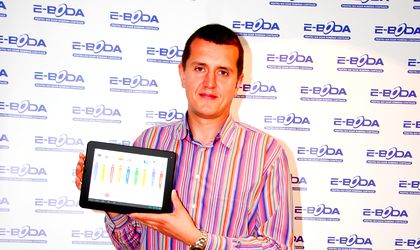 Romanian IT&C producer E-Boda announced it entered the smartphone market with the launch of two smartphone models. Alexandru Dragoiu, CEO E-Boda, tells BR the reasons for this launch and what plans the company has in store in this respect.

Why is E-Boda entering the smartphone market?

This trend can be noticed on the Romanian market as well.

Last but not least, the opportunity to use premium components for our products was an important decision factor.

Where will the two smartphone models be available and at what prices?

The two smartphones will be available both in our online store as well as in the stores of our partners, Altex, Domo, eMag, Media Galaxy and Flanco. The recommended price for the two models is RON 949 for the flagship device Eruption V200 and RON 649 for the Storm V100.

The smartphones are produced in China and the components come from major suppliers on the Chinese market, which are also used by large global producers of electronic products.

Will you expand your smartphone portfolio?

The Romanian smartphone market had rapid growth until the end of 2012, reaching 143,000 sold units in December. Although it posted a drop of nearly half at the beginning of 2013, it has gone up again, reaching more than 100,000 sold units per month.