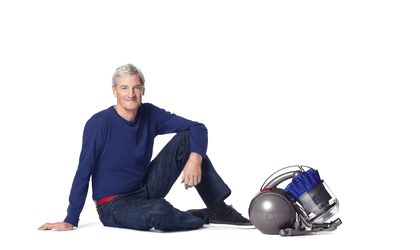 Dyson, the appliances group that is best known for its bagless vacuum cleaners, launched last week in Romania, during an event hosted by the UK Ambassador Martin Harris.

Sir James Dyson founded the firm in 1992 and was later knighted by the Queen. The UK Ambassador stated Dyson is on one of the most important and brilliant inventors of the 20th and 21st century.

The Dyson founder spent 8 years and developed over 5,000 prototypes in a workshop behind his house, before obtaining the vacuum cleaner he desired.

GBR Auto International, the official Dyson distributor in Romania and Moldova, has brought the full range of products for the domestic consumers. This includes vacuum cleaners, bladeless electric fans and heaters and hand dryers.

Although nine out of ten Romanians haven’t heard of Dyson, the general director of the distributor Teo Paduraru is hopeful that Romanian consumers will appreciate the technology and revolutionary design of the products.

Worldwide, Dyson products are sold in 50 countries and the firm registered last year a turnover of GBP 1 billion.

“It would be good if we became market leaders in 5 to 6 years, at least in value,” Paduraru told BR. “We have catalogues in stores. We are trying a targeted promotion.”

Dyson products are currently sold by three online retailers and can be found in the Media Galaxy retail chain.

Innovation seems to be at the core of the firm that hired last year 750 engineers for R&D and to refine existing products. Dyson registered last year over 5000 patents in the UK, second after Rolls Royce.

However, innovation comes at a cost as the price of a vacuum cleaner in Romania ranges between EUR 250 and EUR 500, which may a deterrent for domestic consumers. The products have a five-year guarantee.

“We realize that not everybody can afford it. For the middle class in the UK, EUR 250 is Ok,” said Paduraru.

Dyson is the leading brand in the UK, where it holds a commanding 42 percent market share. The firm comes second in Germany, Japan and the US.

Japan is a though market, in the US, Hoover -the inventor of the vacuum cleaner –  holds the leading positions, while in Germany there is Miele, according to Paduraru.

Paduraru, 40, is a Romanian entrepreneur who started his first company when he was 18. He founded Best Computer, which became the third largest IT company in Romania. The entrepreneur sold it seven years ago. He also handled the distribution of video games.

The distribution of Dyson products in Romania is his latest business. He told BR that the distributor is B2B and that it sales to 3 customers.