Draexlmaier Group will open a new factory in Pitesti, where it will create 500 jobs 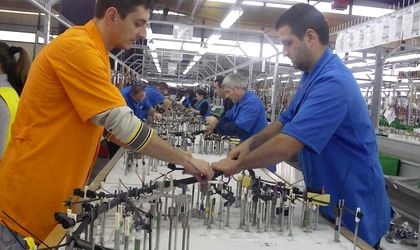 Draexlmaier Group, one of the most important producers of wiring systems in the auto-industry, will open a new factory in Pitesti, where it will produce replacement parts and wiring for one of the largest car-makers in the world. The project will create 500 jobs.

“Draexlmaier Group announces a new company in Romania. The new firm will be headquartered in Timisoara and is a natural evolution of Draexlmaier properties in Romania, initiated in 2013 by opening factories in Brasov and Satu Mare. The new company, called wiring Production Systems SRL, will open a working station in Pitesti, where it will produce replacement parts and wiring for one of the largest car-makers in the world. In the near future, the new factory will recruit 500 specialists”, according to a press-release from the company.

At the present, Draexlmaier has 5 factories in Romania, where it employs 14,000 people. The German company is one of the largest employers in the auto field in Romania. Just in 2013, Draxlmaier has created 1,500 new jobs by extending its production facilities in Brasov and Satu Mare.

“The decision to extend Draexlmaier’s business in Romania is natural given the positive experiences we’ve enjoyed here over the last 20 year. Our group operates in a very complex market in the auto industry and, as a result, has to remain very competitive while at the same time maintaining high levels of quality. The Romanian specialists are those that have demonstrates, time and time again, that the group’s investments are worth placing here. We are convinced that this new company will confirm the professional and human quality of Romanian specialists and its success will eb at least equal to other companies in the group, recently opened in other countries in the world”, according to peter Wocheslander, director of wiring Production Systems.

Draxlmaier group started its activity in Romania in 1993, when it opened its first factory in Pitesti.