Dracula Film: Horror and Fantasy Film Festival to start in Brasov and Bran 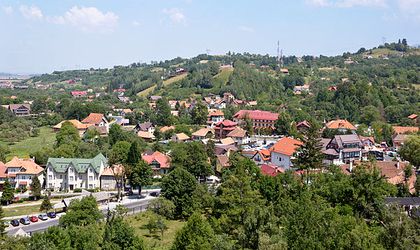 The first edition of the Dracula Film: Horror & Fantasy Film Festival will take place in Brasov and Bran (in picture) over October 31 – November 3, offering classical films — legends of the genre, but also new productions. There will be shown 40 films, with Dracula, zombies and intergalactic monsters, films produced in 2013, SF films, children’s films and surprises offered by the Romanian cinematography.

The screenings will take place at the Reduta Cultural Centre, Patria Cinematheque, the Bran Castle. The programme of the Festival will be completed with meetings with the special guests of the Festival, book launches and thematic parties.

According to the official press release, they “are convinced that this will be a Festival like no other in Romania, because it will combine the masochistic pleasure of getting frightened with an universe defined by the boundless fantasy and anticipation. The Festival wants to infuse fresh authentic blood in an area where Dracula, this iconic character, was only used as a pretext for attracting tourists in kitsch traps”, said the artists manager of the Festival, Anca Gradinariu.