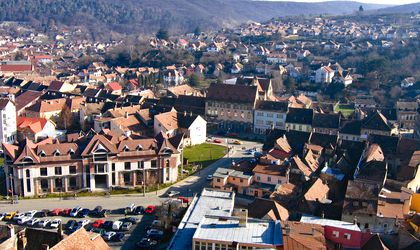 Sighisoara Medieval Festival will give history lovers a complete medieval experience, through costumes, medieval dances, jousting, art, folk, medieval music, carnival masks, theater and many other surprises. Every night the festivities will end with a torchlight parade and traditional fireworks.

This year’s theme is Jacques de Molay – 700 years of chivalrousness. Jacques de Molay was the 23rd and last Grand Master of the Knights Templar, leading the Order from 20 April 1292 until it was dissolved by order of Pope Clement V in 1307. Though little is known of his actual life and deeds except for his last years as Grand Master, he is the best known Templar, along with the Order’s founder and first Grand Master, Hugues de Payens (1070–1136).

The event takes place between July 25-27 in the citadel of Sighisoara, Mures County. More information about the festival can be read on the official website of the event.