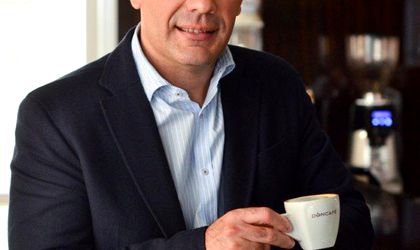 Marius Melesteu, the general manager of Strauss Balkans has been promoted to general manager of the coffee producer’s  operations in central and southern Europe. He will be responsible for the group’s operations in Romania, Serbia and the countries where Strauss exports (Bulgaria, Montenegro, Bosnia and Herzegovina, Albania and Macedonia. The appointment came into force on February 1 and Melesteu will report directly to the CEO of Strauss Coffee BV, Todd Morgan.

In the central and southern Europe region, Strauss owns two factories in Romania and Serbia with a production capacity of over 30,000 t/year and 500 employees.

Melesteu has over 15 years of professional experience in the FMCG industry and has been leading the local subsidiary of the Strauss group – the Doncafe producer – since 2010. He began his career in 1994 at Stimorol in Romania where he held various positions up to country manager for Serbia and Montenegro. In 2004 he became marketing director Telemobil (Zapp) and later returned in the FMCG industry, first at Heineken Romania where he worked as trade manager for 5 years and later at Strauss Balkans as general director.

He graduated from the Polytechnic University in Bucharest and holds a marketing license from the South Africa Marketing and Management Institute.