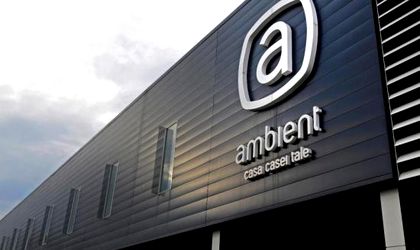 DIY and building materials distribution company Ambient Sibiu filed an application for entry into insolvency with a reorganization option, according to Mediafax.

“The way that constructions and trade in building materials has evolved in recent years showed that the local market remains a difficult one, a market in which only companies that have adopted measures to strengthen and streamline the business in recent years managed to overcome the difficulties of this period,” a company press release showed.

Ambient notes that the financial restructuring of the business during the past four years, conducted under the coordination of specialized consulting firms, failed to attract the funds needed to finance working capital.

“In this context we reconsidered the option of continuing work on the current structure of the company’s sales channels, namely the retail channel in owned and leased stores and the business customers channel made up of developers, builders and resellers,” the statement says.

Judicial reorganization was started at the request of the company to protect company assets by implementing a unified framework and efficient conduct of business and aimed at business continuity by maintaining the entire customer portfolio.

According wall-street.ro, last year Ambient underwent a series of changes, the owner of the company ceding part of his stake to BCR in exchange for payment of a debt of some EUR 4.5 million.