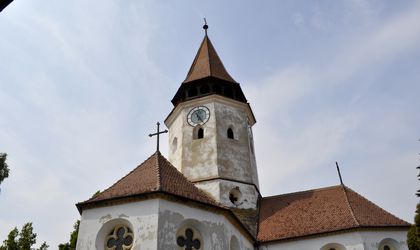 In recent years, Transylvania’s Saxon villages have attracted growing interest from foreigners – the UK’s Prince of Wales being the most prominent visitor – who are charmed by the region’s beauty and historical heritage. This potential is encapsulated in the fortified churches, which embody all stages of this important European architectural phenomenon. BR found out who is making efforts to promote them as tourist destinations.

Most of the fortified churches offer accommodation in guesthouses, making the experience even more up close and personal. There are few places in Europe where life still goes on as it did hundreds of years ago. Time seems to have stood still here and it is not hard to imagine why the UK’s Prince Charles keeps coming back and has even bought several local properties.

Nip/tuck for the fortified churches

According to the Coordination Office for Fortified Churches, the Saxon Lutheran Church in Transylvania has applied for ERDF funds (European Regional Development Fund), obtaining EUR 5.5 million for the long-lasting restoration and promotion of the cultural heritage, as well as the construction/modernization of the connected infrastructure. Only 18 fortified churches will benefit from this money, based on documentation running to 1,100 pages and 18 additional files, containing boards and technical papers.

Most of the completed projects involving the fortified churches were for roof maintenance, with costs that ran from EUR 1,500 to several hundreds of thousands . Until now, none of the landmarks has been completely reconditioned. Moreover, some projects are sponsored through EEA Grants, such as those on the www.fortified-churches.com website.

Tourists flock to the area

Currently, 60 percent of visitors are foreigners, says Carmen Schuster, volunteer project manager of Discover Transylvania’s Soul, run by the Saxon Lutheran Church in Transylvania, which owns all the fortified churches. The project is supported entirely by the voluntary efforts of almost 40 teams who communicate with over 200 Transylvanian Saxon (named “sasi”) communities and associations throughout Germany, driven by the desire to give something back. Schuster, who returned to Romania in 1998 after almost 20 years of working in the German banking system, felt that she should do something for the small community of Cicnsor (near Fagaras), where she was born. “I started from the idea that if I earn money here, some of it must return to the society. Cisnsor has a fortified church so this is how I began to get involved in the project,” said Schuster. Most Saxons from Cincsor are gone, but there remained the church and the old school. She managed to obtain European funds for the restoration of the church, while the school was renovated with private finance. “Of course the money is the problem, but so are the mentalities. As Romanians, we don’t have a culture of volunteering. If any of these communities had more people actively involved in the project, it would be great. Smalls things that do not necessarily need money can be done in every community,” added Schuster.

The most visited landmark is the Black Church in Brasov, which attracted over 200,000 tourists in 2013.

An internal study by Saxon Lutheran Church in Transylvania conducted from June-September 2013 found that 60.3 percent of visitors discovered the fortified churches through friends or family, 14.05 percent from the mass media and 12.2 percent from travel agencies. Most visitors, 88.86 percent, come to Transylvania in search of culture, whereas 40.03 percent are interested in nature. In terms of duration, half of the respondents stay less than three days. Asked if they would recommend the destination to others, almost all the tourists, 97.53 percent, answered yes.

The Saxon Lutheran Church in Transylvania also conducted a study in May 2013 with the help of the national pollster IRSOP , which questioned 850 Romanians aged 18 and older. It revealed that 56 percent of the respondents know about the fortified churches of Transylvania, but just 22 percent had actually visited any of them. Although the churches belong to the Romanian Evangelical Church, 72 percent of the respondents said that Romanian public institutions should help restore the buildings. Moreover, a significant majority, 77 percent, are interested visiting the sites, while 62 percent are considering taking a holiday in Transylvania’s Saxon villages. When it comes to religion, 73 percent of Transylvanian Saxons think that the fortified churches should be used for personal events, such as weddings or baptisms.

The churches are being promoted through a smartphone application called Die Siebenbürgische Kirchenburgenlandschaft/The Landscape of the Fortified Churches in Transylvania, and with a pass granting access to over 40 such attractions, the Ferienpass, which is on sale in German tourism offices. Most package tours consist of accommodation and guide services, but also include exhibitions, concerts, traditional celebrations, pilgrimages and receptions in the citadels where local products are on sale.

In order to attract more tourists to the fortified churches, during the weekend of July 12-13 a bike tour of almost 131 kilometers is being organized in the Sibiu area. On the first day, the group will ride from Sibiu to Rosia (17.3 km), Rosia to Marpod (23.9 km) and then Marpod to Sibiu (33 km). In the center of the Rosia village is a well preserved Romanesque basilica, which retains some vestiges of its initial defense system, while Marpod has also a fortified church that has stood for centuries.

On Sunday, the tour continues from Cristian to Cisnadie (27.5 km), and then from Cisnadie to Brukenthal Avrig Palace (29.3 km). The church in Cristian, with its double ring wall and the eight well preserved defense towers, is one of the most impressive examples of medieval military architecture. In Cisnadie, cyclists will stop to view the hidden treasure of the fortified church, as legend has it. Brukenthal Avrig Palace is also likely to impress the group, for its Orangery, idyllically located in the middle of the Brukenthal Park, which served as a shelter to exotic plants from around the world during the long Transylvanian winters. The organizers, the Lutheran Church in Transylvania and No Stress Triathlon, expect almost 400 participants and more than 1,000 supporters. 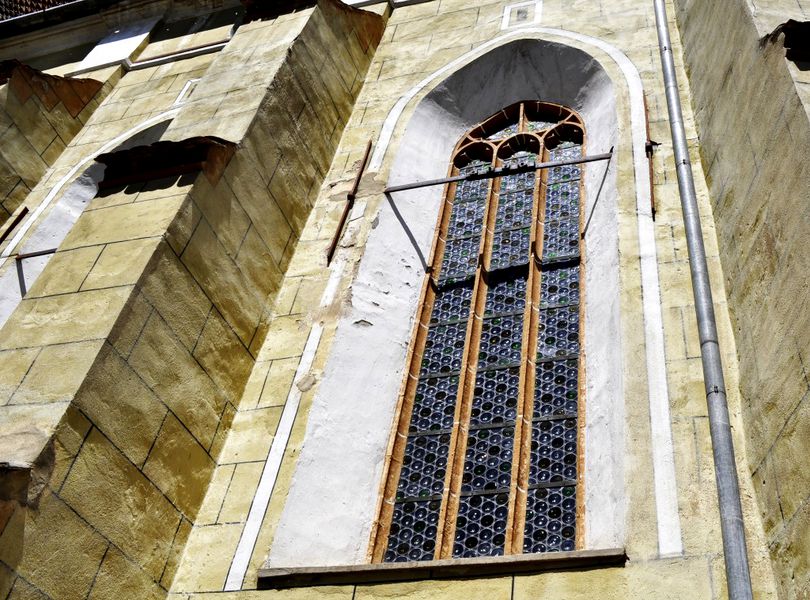 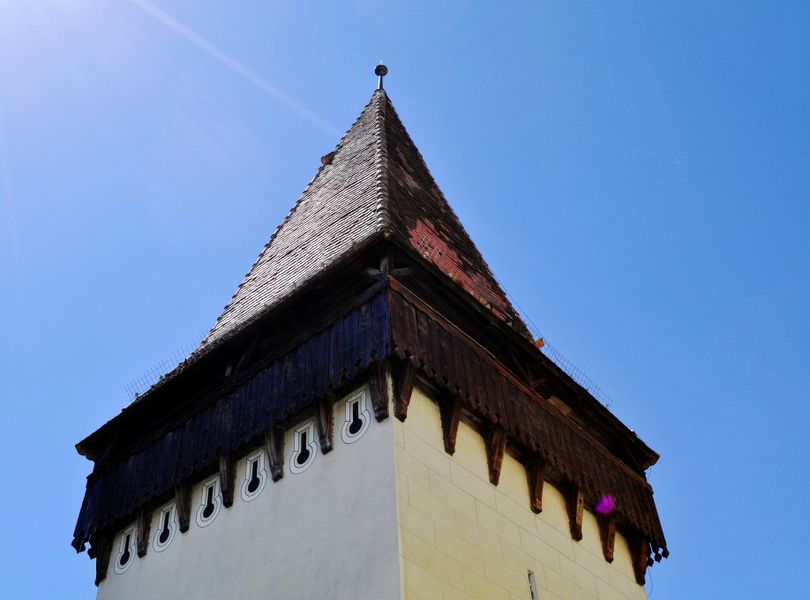 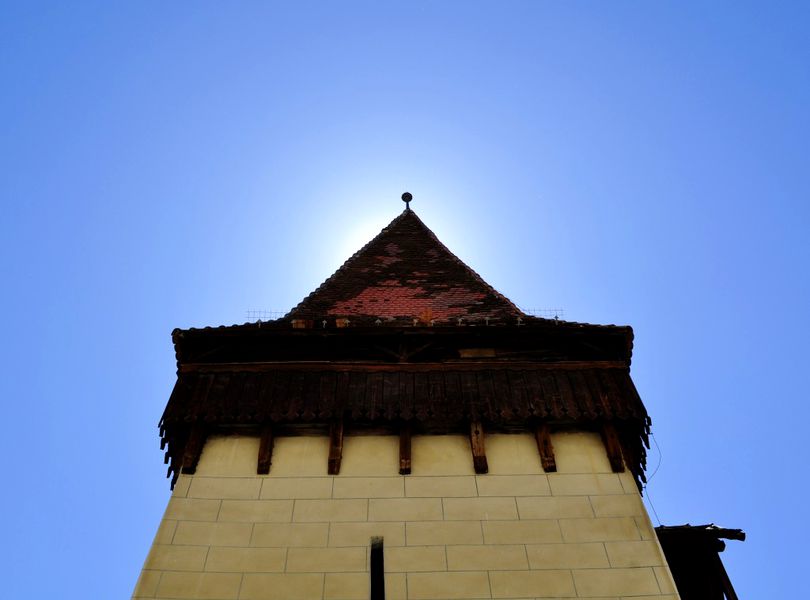 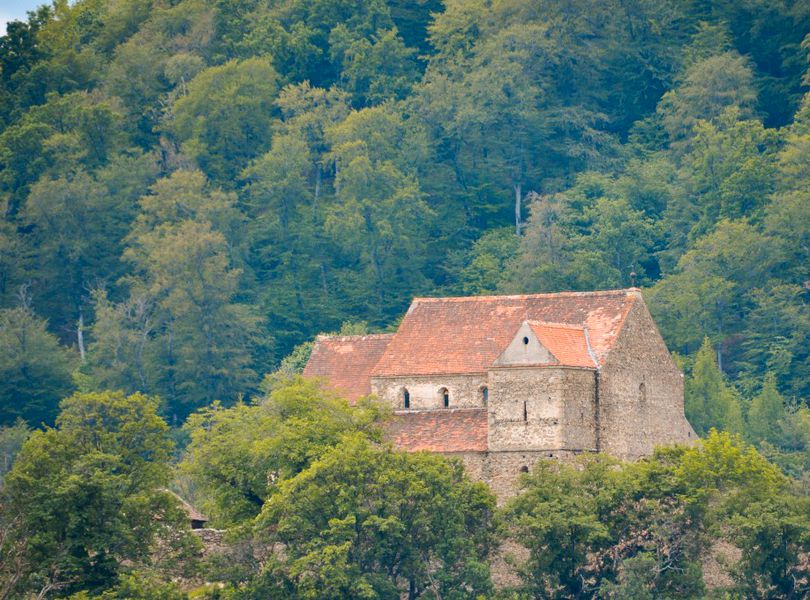 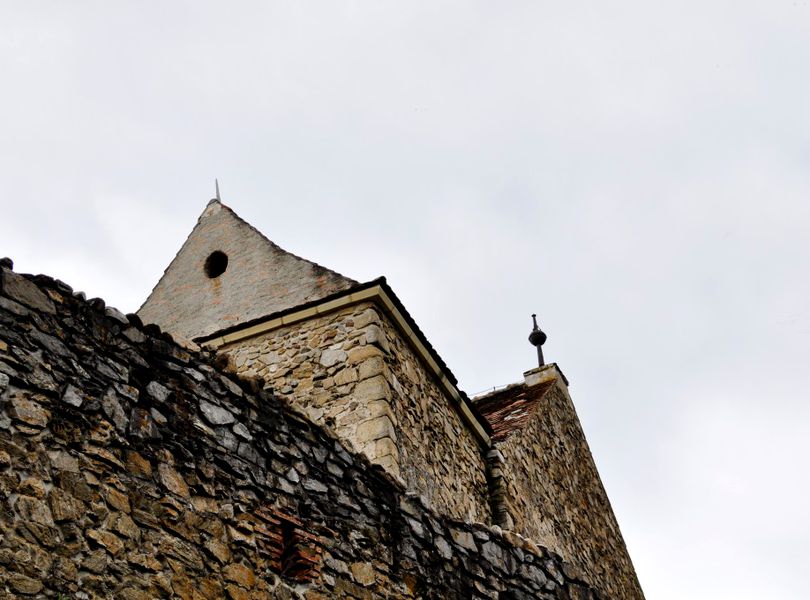 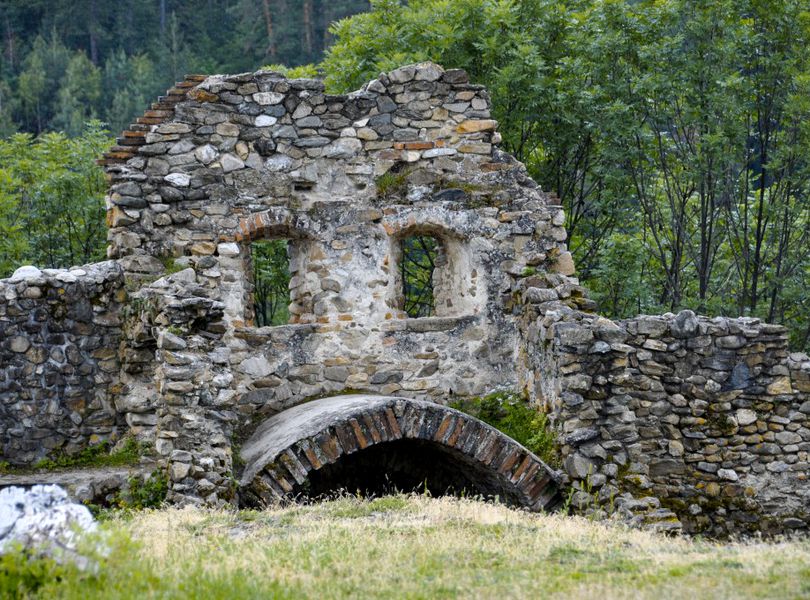 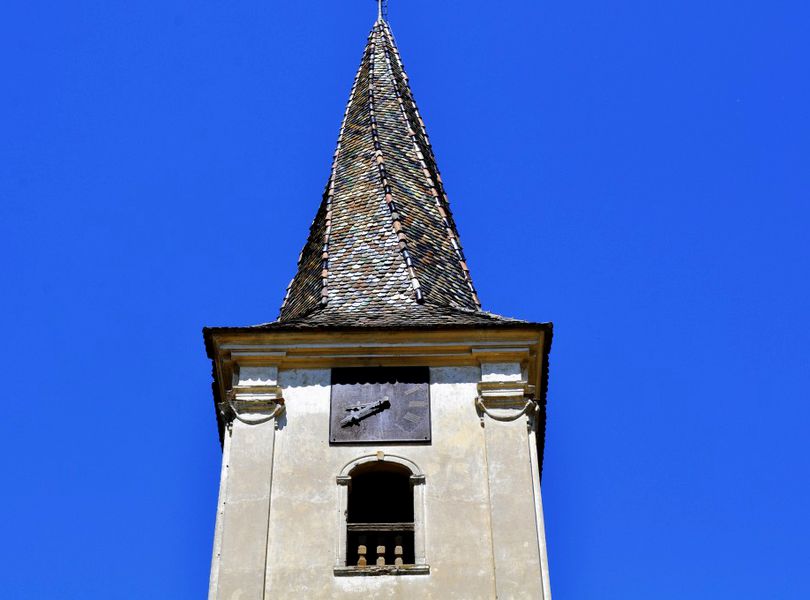 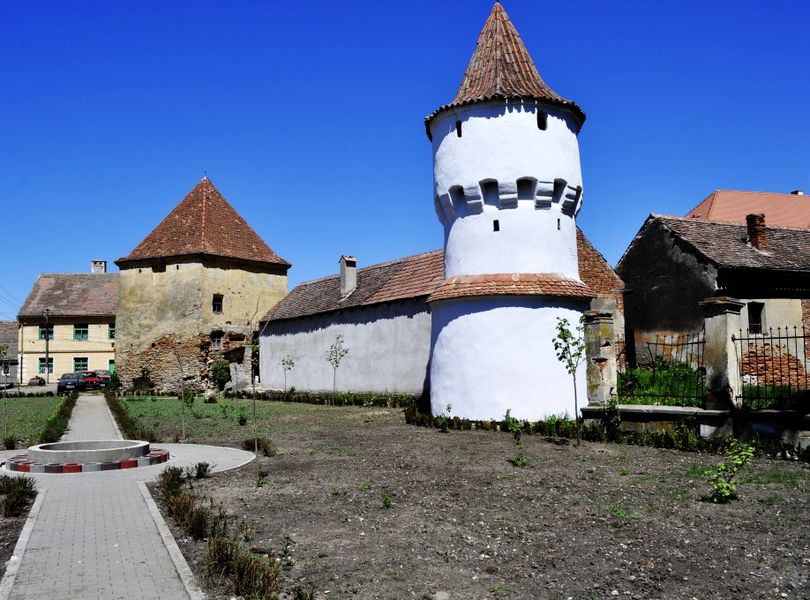 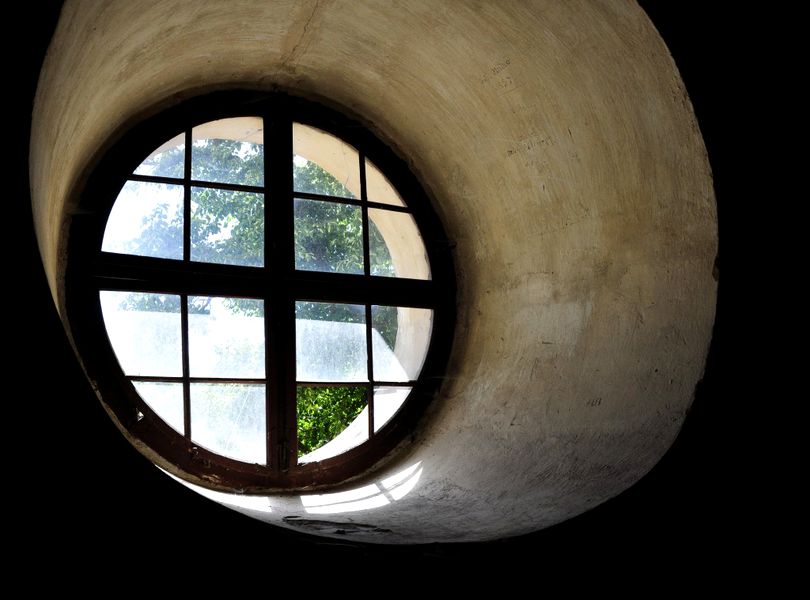 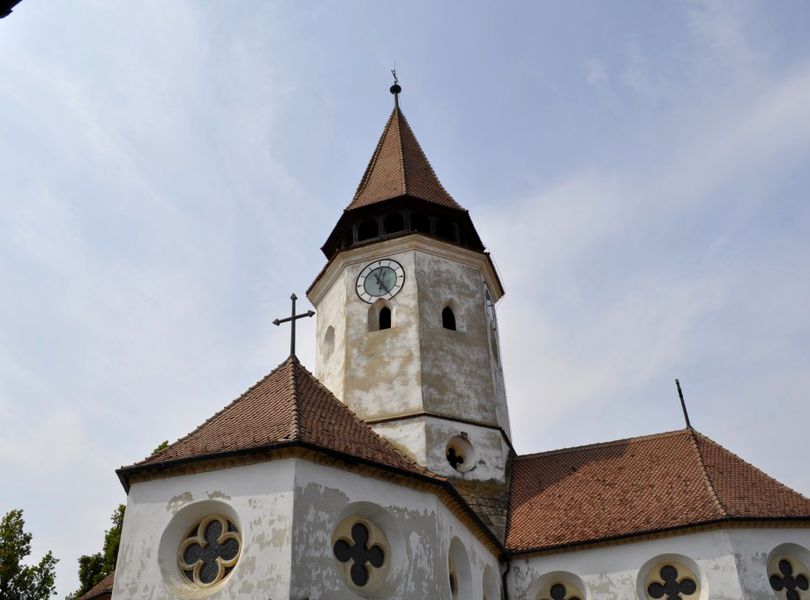 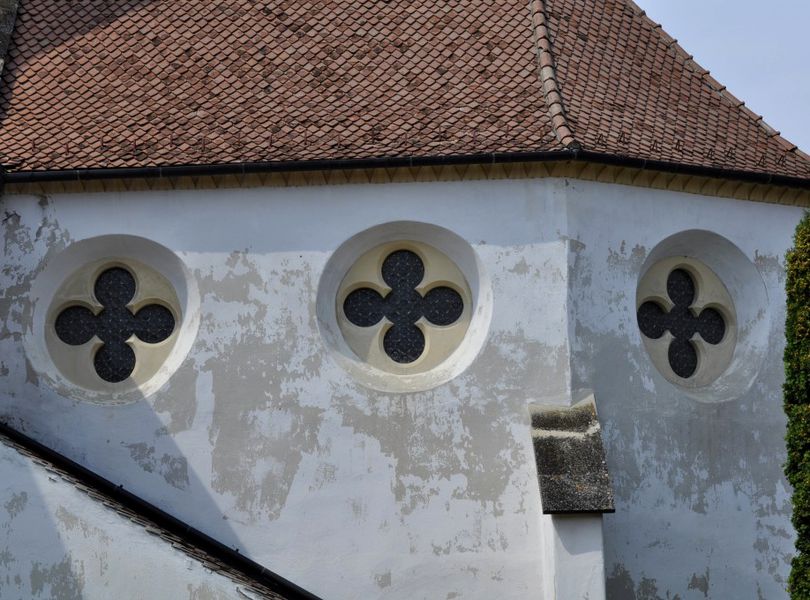 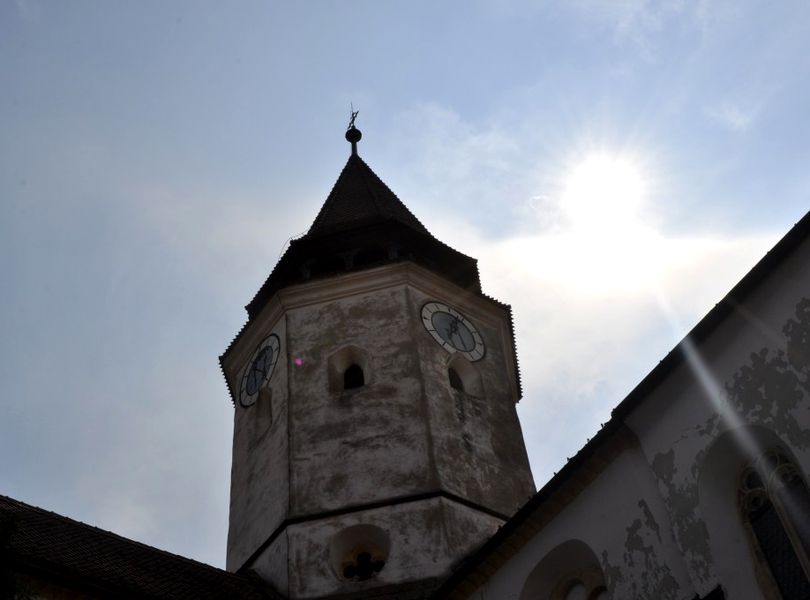 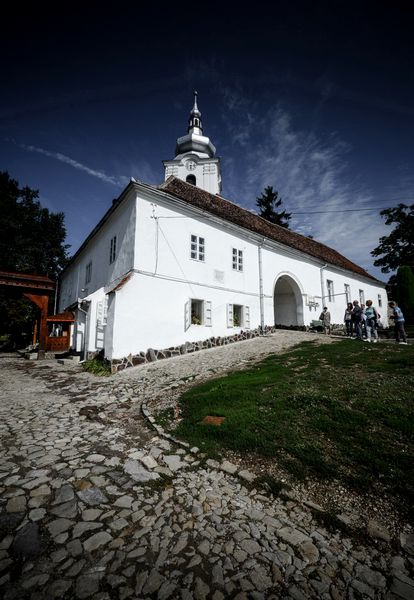 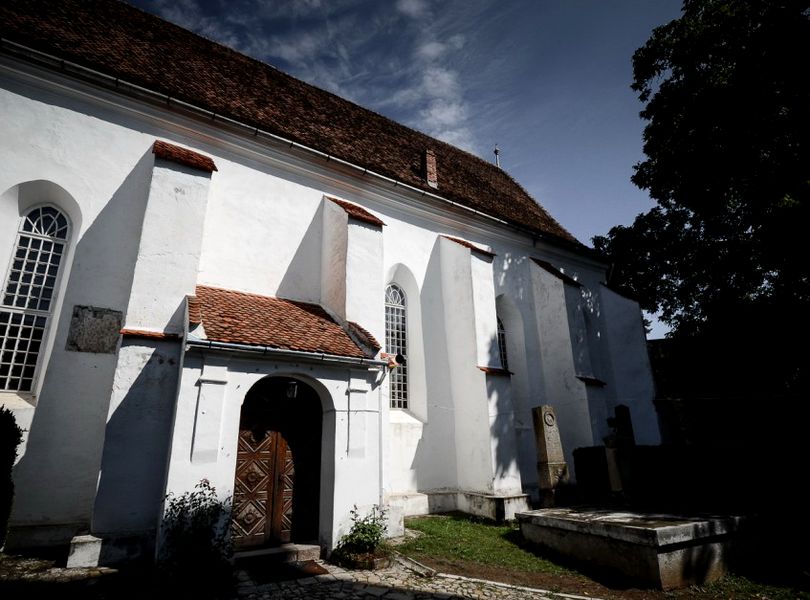 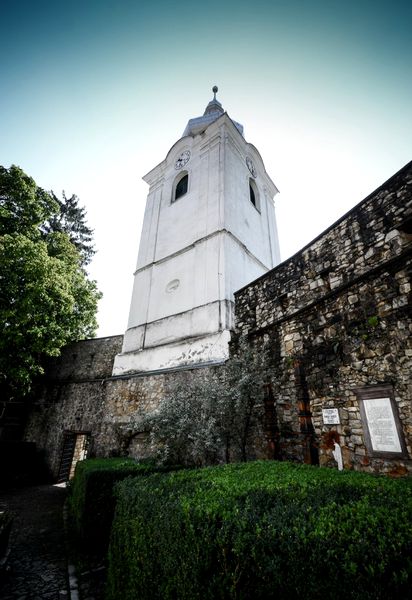