Divan Film Festival: when theatre brings you close to Home 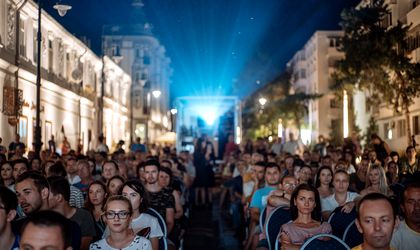 The second day of Divan Film Festival has brought to the city of Craiova the traditional theatre play which was selected from Ideo Ideis Theatre Festival, where children and youngsters all over Romania come to Alexandria city (Teleorman County) to present their theatre plays and also to take part to workshops with actors, directors and cultural managers from Romania. This time, Playhood company was on the Divan Film Festival scene with Home, the story of a bunch of teens “imprisoned” in a correction school. The teens are isolated from the society and forced to follow a lot of rules, but somehow they are convinced by the “new boy” to escape. “Home” is about the age of adolescence and about everything that comes in between: wrong choices, rebellion, contempt for any authority, lack of patterns, assuming or not knowing a destiny. The play is set by The Alternative Education Club from Ferentari, the Bucharest district with the worst reputation.

From my point of view, Home is quite impressive in terms of acting and topic, taking into consideration that some of the teens from this particular neighbourhood are spending their adolescence in correction schools due to the high poverty rate and the lack of education. More about this project, here.

Afterwards, A Stinking Fairytale movie has animated the Old City Centre, a story of Moma, who is a bum suffering from depression, and Ema, who is a bum and a treated alcoholic. The story of these two managed to impress the public, who was actively participating by applauding and even crying at the end of the movie.