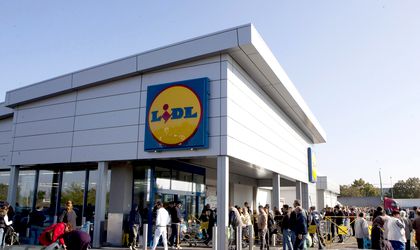 German discount hypermarket chain Kaufland has become the leader of the Romanian FMCG retail market with sales worth EUR 1.32 billion in 2011, thus dethroning Metro Cash& Carry which had held the position for the past 15 years, according to data released last week. Kaufland has grown constantly over the past couple of years and it is not the only player with ambitious expansion plans in store for the local market.

The Romanian FMCG retail market is expected to reach some EUR 17 billion this year, up EUR 800 million y-o-y. The increase is welcome news for the main players but overall the market remains well below the record EUR 21 billion reported in 2008, as consumers continue to be careful with their shopping budgets.

Despite this, retailers have continued to expand their local footprint with supermarkets and discounters in particular taking the lead. Such stores have proved the top choice of format for expansion, especially in towns with fewer than 100,000 inhabitants – the new battleground for local FMCG retailers.

“One can say that we are dealing with an aggressive expansion of discount stores but this is not substantially more aggressive than that of supermarkets. At this moment we are witnessing rather an expansion of small-surface stores which are best suited to the present economic context,” Sorin Spiridon, manager at Ensight Management Consulting, told BR.

Discount players have entered the local market later than other retail formats but are making the best of the economic context. And while their networks have expanded over the past few years, there is still room for considerable future growth.

“In Romania this retail format has had a late start but now it is starting to catch up and probably over the coming years it will reach a market share of about 15 percent which is normal for this type of business. Under no circumstances do we believe that on either the short or medium term it will enjoy the success it has had in countries like Germany or Norway where its market share goes beyond 38 percent,” said Spiridon.

In his opinion the expansion of discounters is underpinned by several factors such as the insufficient stock of modern retail space in small towns and lower investments due to the format. Also, real estate offers to open new stores are more attractive now than during the economic boom. “There is also the lack of reaction from traditional trade which doesn’t seem to be able to come up with viable solutions against the offensive of modern retail,” he added. As retailers are fighting over lower domestic budgets, shoppers are assaulted everywhere by the promise of the lowest possible prices.

Through TV and radio commercials, large billboards and brochures – stores, regardless of their format, are boasting of slashed prices. Where does this leave discount stores themselves?

“The discount format isn’t yet well defined in Romania and this is the case because during these times all formats, especially hypermarkets, have had an aggressive discount policy. For shoppers with low budgets the retail format matters less than the price they pay, which holds greater sway. One can say that we are seeing a sort of ‘shopping tourism’ because in order to optimize their budgets, shoppers are willing to go to two, three stores in single day,” he said.Despite this, discounters are expected to speed up their expansion in the years to come, given the favorable economic climate for them. “Once this crisis period passes, some of their consumers will migrate to other formats as Romanians are attracted more by quality than price,” he went on.

The coming years could also see new players weigh in. “In 2012 we don’t think we will see new large players entering the market but this will certainly happen in the next few years. The costs of entering Romania are still low but as the market matures, they will go up substantially,” concluded Spiridon.

Kaufland managed to increase its sales by about 20 percent last year to EUR 1.32 billion, thus becoming the leader of the local FMCG retail market by dethroning Metro Cash & Carry which had led the field since entering the market in 1996.

The German discount hypermarket chain came to Romania seven years ago and has since opened 75 stores with an average sales area of between 3,000 and 5,000 sqm. The player now operates the largest hypermarket chain in Romania. On this segment, it competes with Carrefour, Real, Auchan and Cora, but unlike them it has a discount policy. Also unlike most of these players, Kaufland has managed to invest in maintaining a steady expansion pace over the last three years, opening 13 stores in both 2010 and 2011. So far in 2012 it has expended its network by six new outlets both in larger cities where it was already present but also in towns. At least another five stores could be added by yearend.

Kaufland is part of Schwartz Group who is present in Romania with Lidl, another discount retail brand. Lidl opened 107 stores last June after having invested in rebranding the local Plus Discount supermarkets under its own name. The change took place more than a year after it bought the low-cost chain Plus from German owner Tengelmann in February 2010. Throughout 2011, 22 new Lidl stores were built.

Lidl representatives announced at the beginning of this year that the discounter was planning to reach 200 stores by yearend, by investing up to EUR 70 million. Lidl stores cover on average between 800 and 1,500 sqm.

Another important discounter in Romania is Penny Market which is part of German Rewe Group alongside the Billa supermarkets, also present locally.

There are currently 129 Penny Market supermarkets in Romania and six larger Penny Market XXL stores. The discounter invested about EUR 45 million last year in opening some 13 new outlets. Another six stores have been added so far in 2012 and new openings are expected by yearend. The first local Penny Market store was opened in 2005.

Another retailer with an aggressive expansion policy over the past couple of years is Profi. The firm operated as a discounter until the beginning of this year when it repositioned itself.

The new format is neither a discount store, nor a supermarket, but simply “close” to the customer, said company representatives at that time. Profi, owned by Polish private equity company Enterprise Investors, has plans to open some 30 stores this year. After opening three more stores last week, the company said the figure could go up.

It presently runs 132 stores with an average sales surface of less than 500 sqm located in 81 local towns.

Profi reported sales of RON 1.04 billion (approximately EUR 214.5 million) for last year, up 29 percent y-o-y. The growth was mainly generated by the opening of 26 new outlets, while like-for-like sales growth was 7.5 percent.

Voxa reaches 10% of its business in the corporate sector