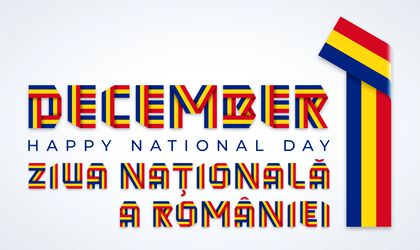 Less than 3 weeks had passed since the “the war to end all wars” ended with the armistice which famously came into force at 11:00 AM, on a November 11th (11.11.1918 at 11:00 AM), and just like the 40 million deaths claimed by the global conflict, four European empires – superpowers of their age – were breathing their last breaths. The German, Austro-Hungarian, Russian, and Ottoman Empires, which had shaped Central, Eastern and Southeastern Europe for centuries, collapsed under their own gargantuan weights and from their ruins new nation states arose to claim independence and self-determination, others manifested their destiny and fulfilled the century-old national goal of unity, all under the guide of the Fourteen Points of US President Woodrow Wilson.

More or less, the Europe we know today was born in the weeks which followed that fateful November day and so was modern Romania. It was a prolonged and complicated birth, started earlier that year with the union of Bassarabia, which had gained independence from the Russian Empire, with the Kingdom of Romania, followed by Bukovina on November 28, and completed on December 1, with the Alba Iulia National Assembly, where 1,228 elected representatives of the Romanians in Transylvania, Banat, Crișana, and Maramureș, convened and decreed “the unification of those Romanians and of all the territories inhabited by them with Romania.” One hundred and two years later, Romanians around the world celebrate their National Day, and while the world today is a completely different place, their spirit, their hopes and dreams stayed more or less the same. The BR team sends its regards to all Romanians and wishes them a happy and inspired National Day!