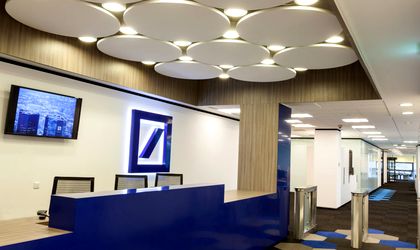 DB Global Technology, the technological center of Deutsche Bank (DB), announced that it has reached its target of 200 employees, of which 40 were hired in the last three months of 2014, according to a press release of the DB.

The center has been operational since January 2014 and is estimated to reach 500 employees by 2016.

After new people were brought in, the office expanded on an additional floor in the same headquarters located in Pipera.

Another 300 people are expected to fill in new positions in the quality assurance, software development, project management, IT architecture, functional/business analysis departments until 2016.

“Last year we focused on attracting and recruiting IT professionals, so that we built a team of more than 200 employees in just one year. We are very satisfied with the collaboration with some of the best IT&C specialists that the IT&C sector has to offer. This year, this trend will continue, but we will address not only professionals with experience of more than 5-7 years, but also juniors,” said Iulia Cîrmaciu, HR manager at DB Global Technology

At the moment, the DB Global technology Center HQ includes: