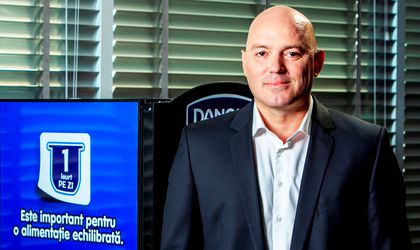 Adrian Pascu will take over the general director position for the Danone South-East European division starting August, the company announced.

In his new role, he will be coordinating the management teams for Danone Romania, Bulgaria, Grece, Moldova and Adriatic Countries. Pascu is replacing Dieter Schultz, who will be taking on other responsibilities within the group.

Adrian Pascu is returning to Romania returns after nearly two years of experience in Danone Russia, where he held the position of sales director for the Moscow division. He previously held various positions in sales for Danone Romania. His last position was of commercial director.

He is a graduate of the Faculty of Physics, University of Iasi and holds an ELITEC MBA from the same university. He began his business career in companies like Henkel and Campofrio and has over 10 years of experience in Danone, where he steadily advanced through various positions.

Danone Romania is part of the Danone Group, present globally in 140 countries. In 2014 the group posted sales over EUR 20 million.