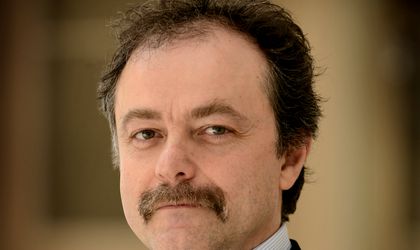 Daniel Manate has taken over the president position of the Romanian National Association of Authorized Evaluators (ANEVAR), replacing Adrian Vascu who was president of ANEVAR for the 2014-2015 period, according to a company press release.

Manate will be president of ANEVAR for the next two years, as the ANEVAR Statute provides for two-year mandates for its president and other members of the director council. Furthermore, each president is elected two years before occupying the position, time during which he or she is the first vice-president.

In terms of the objectives set for his mandate, Manate stated that they are “firstly related to increasing the quality and uniformity of the evaluation reports our members produce.” Furthermore, he pointed to a continued focus on consolidating the data bases for evaluation reports to guarantee loans and taxation, which will lead to “an increase in transparency, useful for all market actors, from users, investors and tax payers, to the authorities.”

Manate has been a member of the director council of ANEVAR beginning with 2004 and has held during that time the position of vice-president, then president of the Research and Standards Commission and the Image Commission, reports the ANEVAR press release. Moreover, he was the president of the ANEVAR center in Arad from 1993 to 2001.

Construction engineer and economist at his origins, Manate became an evaluator in 1992 when the profession first started developing in Romania and after a career of over 24 years as an evaluator, he holds the Recognised European Valuer (REV) qualification from the European Group of Evaluator Associations (TEGoVA) and is also a member of the Royal Institute of Chartered Surveyors.