Dacia car registrations down this year in Germany and France 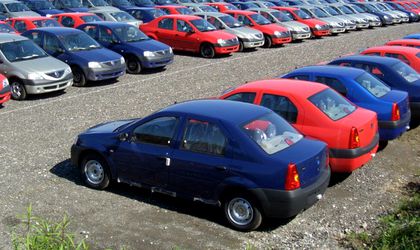 New Dacia car registrations in Germany dropped by 11.2 percent in the first two months of this year against the same period in 2014, to 6,616 units, on a market up by 4.6 percent.

According to official data quoted by Mediafax, at the end of February, Dacia market share in Germany stood at 1.5 percent.

On the other hand, the German car market saw a 4.6 percent increase in the first two months of 2015 compared to the same period last year, to 434,591 units.

Germany is the second largest market for Dacia, after France. New Dacia car sales in Germany rose by 7.5 percent last year compared to 2013, to 48,907 units.

In France, Dacia car registrations fell by 15.8 percent in the first two months of the year compared to the same period last year, to 15,199 units, the Romanian brand having a market share of 5.42 percent, lower compared to last year’s.