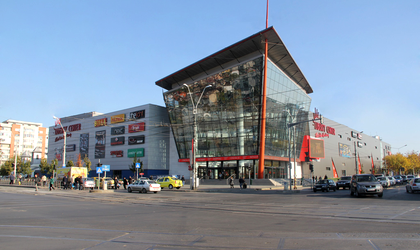 The administrator of the bidder is Ciprian Chiorean, legal manager at the Bank of Cyprus, one of the creditors.

The mall is owned by Irish family Mivan and the Awdi family and was put up for sale for a debt of EUR 61 million. Its creditors are Eurobank EFG, Alpha Bank and Bank of Cyprus.

Liberty Center has a total surface of 70,592 meters and was opened in 2008 following a EUR 70 million investment. Some of its tenants included Starbucks and Burger King.