Cyprus last week struck a last-ditch deal with representatives of the European Union, the European Central Bank and the IMF that will see the Mediterranean country receive a EUR 10 billion bailout to prevent the collapse of its banking system.

President Nicos Anastasiades agreed to close down Cyprus Popular, the second largest lender, known as Laiki, which is also present in Romania. Deposits under EUR 100,000 will be moved to the Bank of Cyprus, which operates a branch in Romania. Both lenders passed EU-wide stress tests in the summer of 2011.

“The agreement we reached is difficult but, under the circumstances, the best that we could achieve,” said Anastasiades, quoted by Reuters newswire.

“We leave behind the uncertainty and anxiety that we have all lived through over the last few months and we look forward now to the future with optimism.” 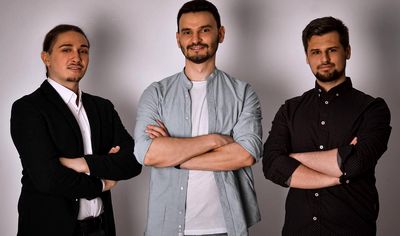 Read more about
Vatis Tech completes its voice recognition technology and gets an accuracy of 97% in Romanian language, surpassing tech giants
read more

Although deposits below the EUR 100,000 that are guaranteed by EU law have been spared, those over this figure have been frozen and will be taxed, although the amount was still under negotiation.

Most of the large deposits belonged to Russian citizens, who decided to keep their savings in Cyprus due to its favorable taxation regime, according to media reports.

Ratings agency Moody’s downgraded the deposit and senior debt rating of the Cyprus lenders by one notch to Caa3 with negative outlook, which close to default.

Cyprus will have to raise EUR 7.5 billion to qualify for the EUR 10 billion bailout from international lenders, which represents around 60 percent of the country’s 2011 GDP.

Olli Rehn, Europe’s Commissioner for Economic Affairs, said, “It’s clear that the depth of the financial crisis in Cyprus means that the near future will be very difficult for the country and for its people. The Commission will do everything possible to alleviate the social consequences of this economic shock and help to protect the most vulnerable people.”

Cyprus crisis may have long-term impact on savers

In the initial stages of the banking crisis, international lenders suggested Cyprus impose a tax levy of 6.75 percent on guaranteed deposits below EUR 100,000. This initiative was rejected by Parliament.

Oana Petrescu, partner-in-charge of the consulting practice at the professional services firm Deloitte Romania, says the Cyprus crisis had “unveiled many taboos and raised a number of questions regarding matters considered untouchable.”

“The final solution may be an acceptable compromise; the process showed that the EU’s guarantee on bank deposits up to EUR 100,000 is conditional. The loss of this guarantee is likely to be noted by savers, which will have long-term consequences for the banking system,” Petrescu told BR.

“From a broader point of view, this sets a dangerous and disturbing precedent for any kind of ‘administrative solution’, in any field.”

The Deloitte partner said Romania was not even close to the Cypriot situation. Cyprus held bank assets worth roughly ten times the country’s GDP, while in Romania the figure stands at 70 percent of GDP.

Romania has around 5,100 off-shore companies registered in Cyprus, and Romanians are the third largest community of emigrants in Cyprus, after the Greeks and the British, according to Agerpres newswire.

Update: The Romanian operations of Bank of Cyprus have been closed for one week, as the beleaguered lender is looking to sell its local subsidiary.  The bank’s customers can withdraw cash from ATMs.