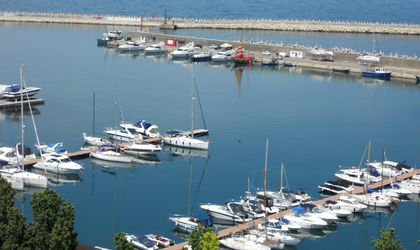 After years of neglect in favor of the more popular neighboring Black Sea resort of Mamaia, Constanta has plans to invest some EUR 42 million in improving its old town. Should the project be completed, the port has what it takes to become a popular city break destination in its own right, BR discovered.

By Simona Bazavan, in Constanta

It is hard to think of Constanta without immediately associating it with the nearby resort of Mamaia, which in recent years has overshadowed the city by branding itself as the high-end clubbing destination on the Romanian seaside, with the endorsement of Constanta’s colorful mayor, Radu Mazare. Consequently, for most Romanians the city is a gateway to Mamaia and the other Black Sea resorts, or just another accommodation option for seaside lovers.

However, there are places to go and things to do in Constanta, besides sunbathing and clubbing, for those willing to venture onto the quaint yet dusty and much neglected streets of the old town.

An ancient Greek and Roman metropolis, Constanta has a rich history and a diverse cultural and ethnic background – Turks and Tatars represent about 6 percent of the city’s population at present but had a larger presence in the past, as did the Greek, Bulgarian and Jewish communities. The city was seriously damaged during the Second World War, and its oldest buildings date from about 150 years ago, except for the Roman Mosaics, a three-level fourth-century AD edifice which linked the harbor with the upper town and included some 850 sqm of colorful mosaics.

At present the 345,000-inhabitant city of Constanta is the third largest in the country and an important business center with the potential to become a more popular destination in itself, especially for city breaks. Yet so far things continue to be stuck in the stage of unmet potential.

However, things are about to change for the better, says the city hall. Through several distinct projects with a cumulated value of some EUR 42 million, most of it coming from EU funds, the authorities hope to transform the old center. EUR 21 million will be necessary for the old town alone, EUR 11 million to create a coastal road that connects the Tomis port with Mamaia and another EUR 10 million to refurbish Constanta Casino.

Works started last year and at least some of the projects should be completed in the second half of 2015.

The rejuvantion is definetly welcome news for the local hospitality industry. The project creates the right conditions to fully take advantage of the area, Dragos Popa, general manager of the Ibis Constanta hotel, told BR.

“Already numerous permits for restaurants and terraces have been issued. Just imagine what it would be like to watch the sea from a Bucharest old center terrace and be five minutes away from the yacht harbor,” he said.

Ironically, despite the old city’s sorry state, foreigners currently represent the largest share of tourists who come directly to Constanta and visit the historical center. However, this happens not because the town is a destination in itself but because they arrive there on cruise ships that also stop in other Black Sea ports such as Odessa and Nessebar, Alma Micu, general manager of local travel agency Alma Tours, told BR.

About 100 such ships arrive in Constanta port each year and stay there for either five or ten hours.

“Foreign tourists come to Constanta because it is included in their route and it is the largest Black Sea port. But if one reads the online reviews tourists give of the other cities they visit, mainly Nessebar and Odessa, Constanta is in last position and there are many complaints. Perhaps after this rejuvenation the situation will improve,” said Micu.

Giving up a day at the beach to see Constanta’s old city is not a day wasted, although at present most of the streets are working sites and some patience and good will are recommended. It can also be worth taking a guided tour from one of the local travel agencies in order to save time and get more information than what is available on site, if anything.

A good starting point is Ovidiu’s Square, which takes its name from the statue dedicated to the Roman poet, Ovidius Publius Naso, designed by the sculptor Ettore Ferrari in 1887. Nearby are the Roman Mosaics and Constanta’s Archaeology Park, which houses columns and fragments of third- and fourth-century buildings, a sixth-century tower and Roman sculptures, jewelry and other artifacts.

There is also the Great Mahmudiye Mosque, which was built in 1910 by King Charles I. Climbing the mosque’s minaret is worthwhile and offers a great view of the old city and nearby yacht harbor.Yet walking around the old city can provoke mixed emotions with decaying buildings such as the city’s synagogue and the House with Lions, a pre-romantic and late 19th-century Genovese building, a common sight.

Probably the best example of how authorities have neglected the place until now is the current state of Constanta Casino, one of the town’s top landmarks. The 1910 art nouveau building is an impressive sight with a rich history but was last refurbished in the 1980s and is now close to falling into ruin after years of responsibility for it being passed between the local authorities and the Tourism Ministry. The casino and the surrounding seafront are popular among locals but also with ship cruise passengers, says Micu, who remembers recent visits when tourists had to put on hardhats before entering the building.

For the full half of the glass, a good way to end the day is in one of the terraces of Constanta’s modern yacht harbor, which affords a great view of both the sea and the old town.