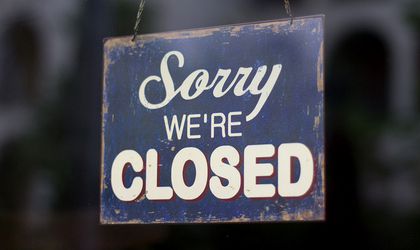 The Colectiv fire sparked Romania into action as the country turned its attention to the laws dealing with fire safety and their applicability, putting pressure on both the government and the Inspectorate for Emergency Situations (ISU) to take action. In the month since, close to 40 clubs, restaurants, pubs, and other such venues have been shut down in Bucharest and throughout the country, bringing to light the many shortcomings of implementing fire safety regulations, according to Mediafax.

On the 3rd of November, when the death toll had reached 32, former Prime Minister Victor Ponta was saying in a government meeting that “we cannot leave tough measures only to the local authorities because they do not have the capacity to implement them”, referring to the lack of proper enforcing of existing fire safety laws, according to Digi24. What Ponta’s government did following the fire was to adopt an emergency decree “through which we give power directly to the ISU, not local authorities, not anyone else” to implement extreme measures, including sealing the venues, until they meet legal conditions, said Ponta at a government meeting on Nov 3rd.

From a legal point of view, law no. 170/2015, which entered into force in July 2015, already provided the inspectorate with the power to fine and shut down those public venues that do not follow fire safety regulations and endanger the lives of their occupants, according to Monitorul Oficial. The Colectiv club, however, was operating without fire safety authorization from ISU Bucharest-Ilfov at the time of the fire and it was declared by Parchetul Inaltei Curti de Casatie si Justitie that “the fire was a result of the fact that the person administering that space encouraged and permitted the access of a number of people much larger than the admissible limit of the club, given that the space did not have multiple exits in case of emergency” and also the use of pyrotechnics (fireworks) in an unsuitable indoor venue, according to Mediafax.

The Colectiv fire led almost immediately to fire safety checks being made by the General Inspectorate for Emergency Situations (IGSU) at a national level. Subsequently, 37 venues were shut down and sealed off from further use because “in their current state, they were endangering the safety of their clients”, reported Mediafax. Firemen and policemen conducted close to a thousand checks in clubs, bars, cinemas, and other such venues between November 9-16, and found 3,218 deficiencies, of which 432 were removed during checks, according to statements made by IGSU for Mediafax. The total amount of fines given out during the checks amounts to more than RON 8.5 million (EUR 1.9 million), reported the same source.

Following the checks done by firemen, buildings considered national monuments, such as the Peles Castles, Ateneul Roman, and the main building of the National Museum of Contemporary Art, were found to be operating without fire safety authorization, stated Mediafax. Furthermore, a few days after the Colectiv fire, the interim Prime Minister at the time, Sorin Campeanu, former Minister of Education, had stated that “93 percent of Romanian schools are operating without the ISU notice”, according to Mediafax.