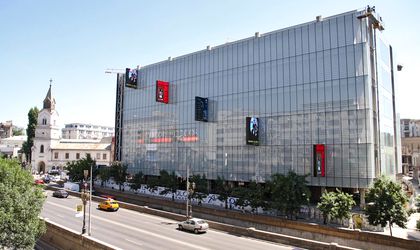 Shareholders of Cocor Bucuresti (COCR) will sell several of the company’s assets, including the Cocor shopping center in downtown Bucharest following difficulties in paying back a credit to BCR, according to release sent to the Bucharest Stock Exchange this morning.

The owners hope to sell the store for EUR 50 million but the price could go down by up to 50 percent, reads the statement. “The president of the board of directors will be able to sell for less than 50 percent of the initial proposed price (EUR 50 million) with the approval of the board. Any price reduction of more than 50 percent of the initial price must be approved by the shareholders’ general assembly,” reads the release.

In addition to the Cocor store, the company will sell other properties in downtown Bucharest and the Stefan cel Mare and Foisorul de Foc areas for prices of between EUR 2,500/sqm and EUR 18,000/sqm.

From riches to rags

The Cocor department store was built in 1970 and was a popular shopping destination before 1990 and during the decade that followed. In October 2010 it was relaunched, after a EUR 24.5 million facelift meant to attract more affluent customers. The tenant mix was changed and its sales surface extended to 10,000 sqm, but the economic crisis combined with the new positioning strategy didn’t generate the results expected and the company started having financial difficulties.

EUR 19 million of the money invested in refurbishing the shopping center was a BCR loan which the Cocor Bucharest company now has difficulties paying back due to reduced rents and a decrease of its occupancy rate.

The company previously announced plans to turn things around and bring in more customers by adding a cinema multiplex, an entertainment area and changing its client mix.

However, a month ago the general contractor of the refurbishing project has asked for the insolvency of Cocor for debts worth some RON 120,000.