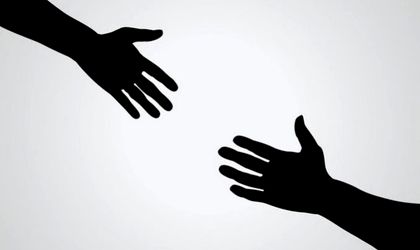 UPDATE November 3, 2015: The Estuar Foundation has made available since Saturday an account in RON and starting Monday an account in EUR for people wishing to make money donations for victims and families of the Colectiv fire.

“We are impressed by the mobilization of people wanting to help: two days after the announcement, the Foundation accounts have gathered EUR 13,000. We have already offered support, funeral aid worth RON 2,400 for Claudiu Petre’s family. Currently, we have five specific requests financial support, which we are managing. We also have a first refusal for help from the Fieraru family,” said Amedeea Enache, the foundation’s executive director.

The foundation plans to distribute a financial aid of RON 2,400 to each to the bereaved families, and depending on amounts raised during the next days, survivors can receive aids of up to RON 1,000 on request.

“The fundraising campaign is still underway, in a few days we will be able to announce the amount gathered in the accounts. To ensure transparency, each week we will announce the donors and money raised and how the money was spent,” the foundation representative stated.

She added that any money exceeding their targets will continue to be distributed to victims of the fire, and said that any donor wishing to direct the sum towards a specific family or person should mention it, the foundation intending to “respect the donor’s intent”.

The Estuar Foundation is managing the fundraising activity and aid distribution voluntarily through its members and partners.

The Mihai Nesu Foundation is offering victims free hyperbaric oxygen therapy in Bucharest. “For details and appointments call 0722 100 051. In the case of carbon monoxide poisoning hyperbaric oxygen therapy can make the difference between life and death, so that the affected person will have no deficiencies, and as for burns, they heal five times faster, as hyperbaric oxygen works as an antibiotic and reduces infections,” said Nesu on his foundation’s Facebook page.

Biomedica and Bioderm skincare clinics are offering free consultations for as long as they are needed. They can be reached at 031.91.01.

While numbers have climbed during the weekend, with three more deaths adding to the toll, civilians and institutions alike have started to rally their forces in support of the victims and families of the fire in Colectiv Club.

A list of ways people can get involved to help has been open online and is being updated as needed.

Regina Maria healthcare network announced it is offering its services free of charge to victims of the fire in need of treatment, medication or psychological counselling. A medical team can be reached at 0722 456 711.

A medical recovery clinic, Terapie pentru Miscare, offers its services of recovery free of charge for the survivors of the event. The clinic can be reached at 0737 147 895.

People wishing to give blood can do so at the Blood Transfusion Centre of Bucharest, though sources say most donors are going there, making the waiting lists longer. Hospitals which are also receiving blood donations: Floreasca, Fundeni, Municipal (Universitar), Militar. County transfusion centers will also be points of collection (see a list here).

Acording to the Blood Transfusion Center of Bucharest, in order to be able to give blood, the following conditions must be met:

Details about blood donation and preparations to be made can be found on the Blood Transfusion Center of Bucharest website (in Romanian).

The Materna Pharmacy is donating Veloderm and Graftygen, sskin substitutes, to the burn victims. Relatives and medics from the operating block can reach out at 0721 270 590 or e-mail bogdan@farmaciamaterna.ro.

There are many other companies offering help through service or product donations. During the weekend a commemoration march has been held for the victims of the fire. Local media reported 10,000 people taking part.

The fire broke out on Friday evening, during a music album launch of the group Goodbye to Gravity. Witnesses say the soundproofing sponge caught fire from fireworks on the stage and quickly set the club ablaze. People had difficulty getting out, with only two exists and hundreds of participants. An investigation is ongoing.